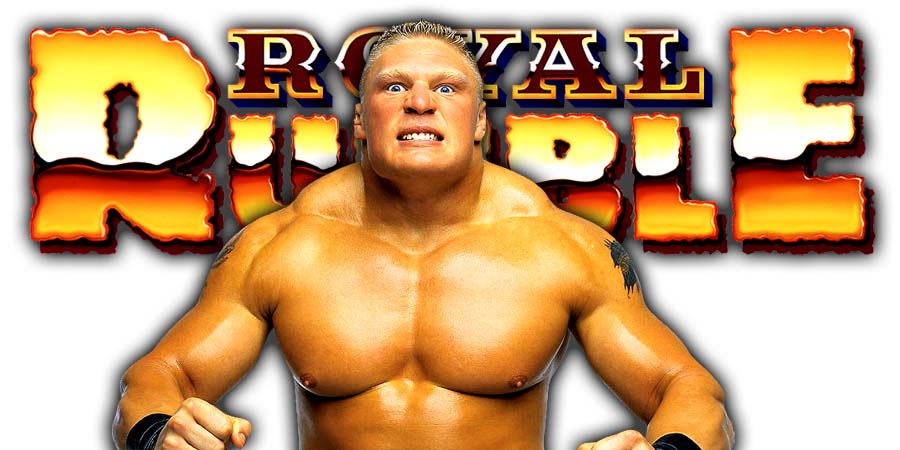 On this day in 2001, Paul Heyman’s Extreme Championship Wrestling promotion hosted its last event ever, before closing its doors and being sold to Vince McMahon.

As we all know by now, WWE Champion Brock Lesnar is going to be the #1 entrant in the Men’s Royal Rumble 2020 match.

According to Tom Colohue, former UFC Heavyweight Champion Cain Velasquez could end up being the man to eliminate Lesnar from the Rumble:

“What’s most likely to happen that it’s going to be Cain Velasquez. But we are where we are with that one.

The initial plan was for the Royal Rumble to feature another Cain Velasquez match or at least, Cain Velasquez would still be competing with Lesnar at some point.

There was a little bit of loss of faith in Velasquez, so that could be at play here.”

Velasquez eliminating Lesnar could make sense given how WWE is scheduled to do a Saudi Arabia PPV on February 20, and it’s very much possible that WWE could be planning a rematch between Lesnar & Velasquez for the WWE Championship at that event.