On tonight’s episode of Raw, “The Big Dog” Roman Reigns and “The Monster Among Men” Braun Strowman will collide once again, this time in a Steel Cage match. Below is what WWE posted about this match:

“The Shield is back to dole out their brand of justice on Raw. However, by preventing Braun Strowman from mauling Matt Hardy this past Monday night—driving the behemoth through the announce table with a Triple Powerbomb during the attack—they’ve earned an enemy in The Monster Among Men.

Following that altercation, Strowman joined Intercontinental Champion The Miz, Cesaro & Sheamus in their Tables, Ladders & Chairs Match at WWE TLC, making the anticipated bout a 4-on-3 affair. Additionally, Strowman was placed in a Steel Cage Match against Roman Reigns on the final Raw before WWE TLC, bringing a new chapter to one of the most brutal rivalries of The New Era.

The last time Strowman entered a steel cage, he threw Big Show through the structure and put the giant on the shelf. Can the cage contain the carnage that awaits when Reigns and Strowman collide once more? Moreover, can Raw Tag Team Champions Seth Rollins & Dean Ambrose, Miz, Cesaro and Sheamus resist somehow getting involved?” 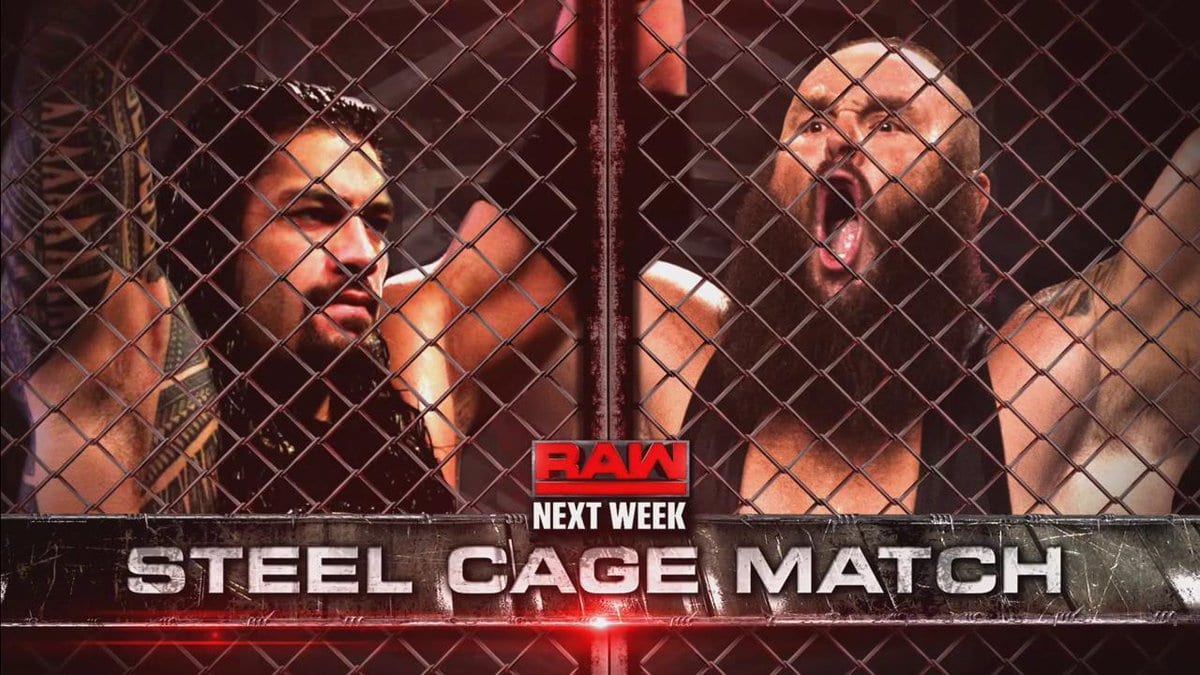 Expect Reigns to pick up the win in this match, so that he continues his momentum after his big win over John Cena at No Mercy 2017. Also, Strowman can be easily protected in the finish of this match as Reigns can win the match via escaping the cage.

Reigns & Strowman have faced each other 5 times on WWE TV this year – Reigns won the first one, the next one was interrupted by The Undertaker, and the rest were won by Strowman.