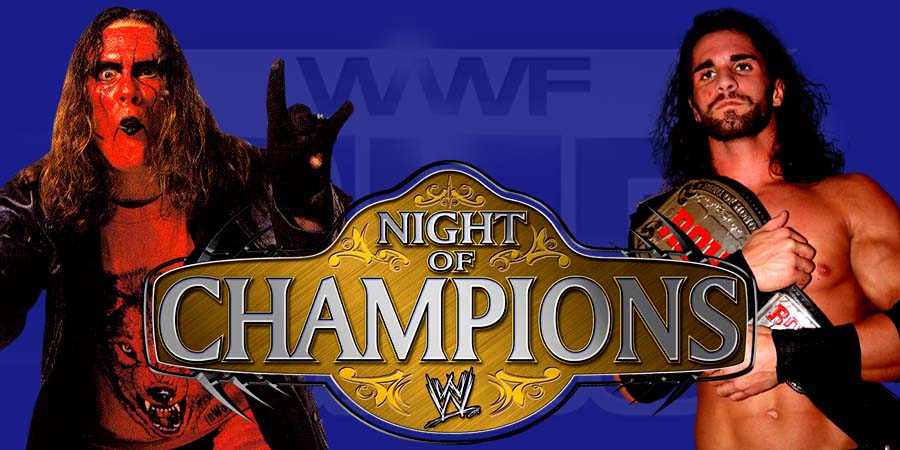 Sting will compete in his first WWE World Title match and will be involved in a WWE PPV main event for the first time ever as well. United States Champion & WWE World Heavyweight Champion Seth Rollins is on a double duty tonight as he defends both the US & WWE World Title. Let us take a look at the possible spoilers for the PPV:

6. Roman Reigns turns heel
Dean Ambrose, Roman Reigns and a mystery partner will battle the Wyatt Family, who are stronger than ever with the addition of Braun Strowman, in a six man tag team match. This feud began at Money in the Bank when Bray Wyatt cost Roman Reigns a chance to win the MITB briefcase. The feud exaggerated when Luke Harper joined forces with Bray Wyatt again and helped him defeat Reigns at Battleground. Dean Ambrose joined Roman Reigns and defeated Wyatt & Harper at SummerSlam. However, the Wyatt Family turned the game in their favour the next night on Raw with the debut of Braun Strowman, who decimated both Reigns and Ambrose.

On an episode of SmackDown, Dean Ambrose called in Jimmy Uso to team up with him and Reigns to face the New Day. Reigns was not happy with Ambrose involving his family in this. During their match with New Day, the lights went out and Jimmy Uso was seen being choked out by Braun Strowman on the stage and the lights went out when Ambrose and Reigns tried to go after the Wyatts. The lights came back and Jimmy Uso was laid out on the stage.

There has been speculation that this might lead to Roman Reigns turning heel at Night of Champions. If Reigns’ team loses tonight, he might blame it on Ambrose and attack his Shield brother. You can watch Jimmy Uso being taken out by Braun Strowman below: