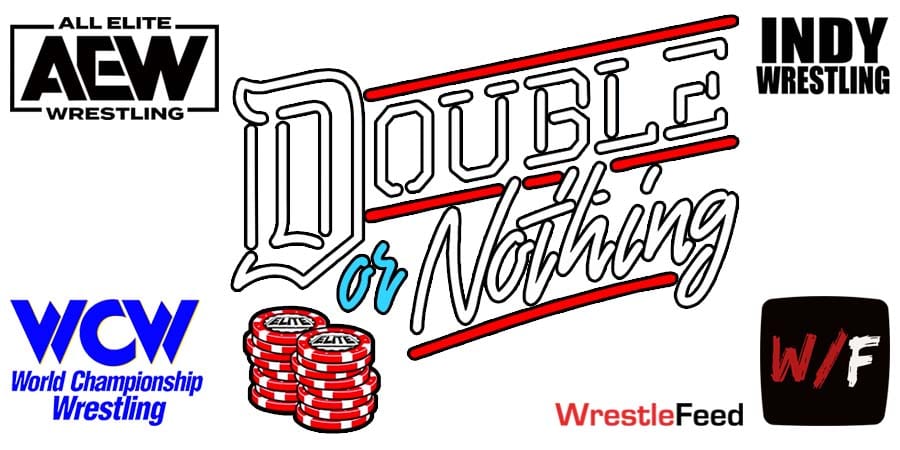 Below are the wrestlers that will compete in the Casino Battle Royal at tonight’s AEW Double Or Nothing 2021 PPV (the winner of this match will earn a future AEW World Championship match):

There’s one empty slot in this match and the Wrestling Observer speculated that it could be former WWE Superstar Andrade:

“The surprise, I mean I don’t want to say this, because it may be someone not as good as this, or it may be later, or it may fall through — but we know they’ve been talking to Andrade.

If it’s him and he wins, actually him and Kenny Omega is a great match on paper, but that’s a TripleMania main event and that’s in August.”

Also Read: WWE Posts A Video Of Nia Jax Dominating AEW Star Ahead Of Tonight’s Double Or Nothing 2021 PPV