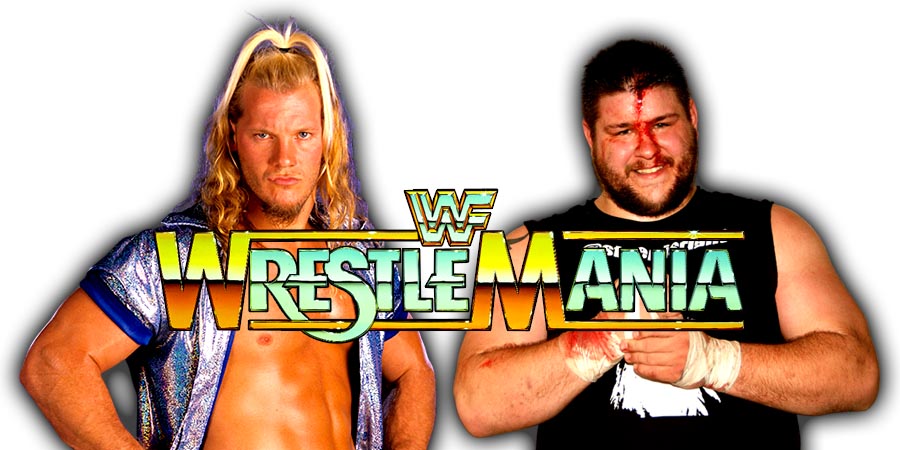 As seen at “The Ultimate Thrill Ride” WrestleMania 33, “The Prize Fighter” Kevin Owens defeated “Y2J” Chris Jericho to capture the United States Championship. These two are expected to continue their feud and Jericho might invoke his rematch at the next Raw exclusive PPV, Payback 2017. Below is what WWE posted:

“The Reign of Jericho is no more, and Kevin Owens is now United States Champion. Drink it in, maaannn. KO completely savaged his former best friend in WrestleMania’s battle for the star-spangled title, ultimately dethroning Chris Jericho to fulfill the promise he made following WWE Fastlane. So now The Prizefighter has his prize, and Jericho is certainly welcome to try to take it back. However, he clearly does so at his own risk.”