4. Bruce Prichard Reveals The Undertaker’s Reaction To Stone Cold Walking Out On WWE In 2002

During a recent edition of Something To Wrestle With Bruce Prichard podcast, Bruce Prichard discussed WWE Hall of Famer Stone Cold Steve Austin walking out on WWE in 2002 because he didn’t want to put Brock Lesnar over in a match with no build-up or promotion. Bruce revealed how The Undertaker reacted to Austin’s actions:

“The Undertaker was pi$$ed off. I think everybody there was just pi$$ed off and upset cause, you know. They felt like he walked out on them.” 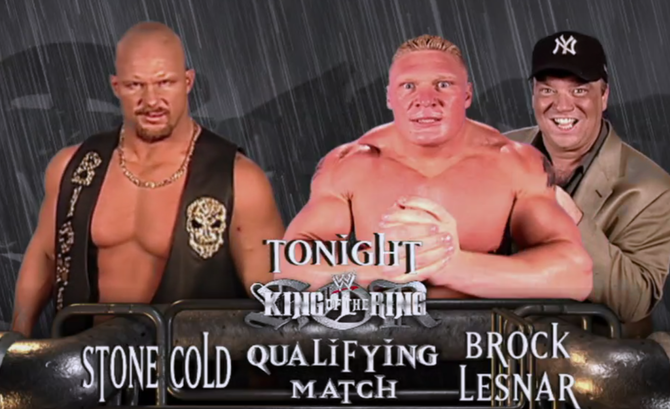 Stone Cold vs. Brock Lesnar – King of the Ring

Regarding how Brock Lesnar reacted to this, Bruce noted that Lesnar had no idea about his match with Austin:

“Well Brock had no idea. Brock had no idea of the proposed match or that he was supposed to go over Steve or anything. So I don’t know if Brock had any reaction whatsoever because it never got to that point with him. They had pitched Steve and Vince was still going back and forth with Steve at that point. I’m sure Paul probably let Brock know what the proposed match was, but no I don’t think Brock was anywhere in a point of – I don’t wanna say not caring one way or another but it wasn’t to that point for it to matter.”