2. Ryback On If There Were Plans For Him To Face Triple H, New Record Made At Money In The Bank 2017

During a recent edition of “Conversation With The Big Guy” podcast, former WWE Superstar Ryback talked about an angle in 2014 where he had face-offs with Triple H and it looked “The Big Guy” vs. “The Game” was going to happen. Below is what Ryback said about this angle:

“I had a weird deal with Hunter. Do you remember that, where they had a thing where it looked like they were teasing a program with me and Hunter? They had us face off in England after I wrestled Kane. I think I broke my finger wrestling Kane one night. We were doing something and our hands hit and my finger went sideways.

So I get through this match with Kane. I think it was the main event on SmackDown. Then, they have this big staredown with me and Hunter and they teased it for a couple of weeks with different things and then it just went away. It was nothing. And even he came up, ‘the plan was never for us to work, just so you know.’ And I go, ‘oh, okay. I don’t know.’ I’m not in the creative meetings. I don’t know why. I just do what I’m told. He would always explain things weirdly, but, yeah, that never happened. It would’ve been nice, so he could f***ing know that I could wrestle.” 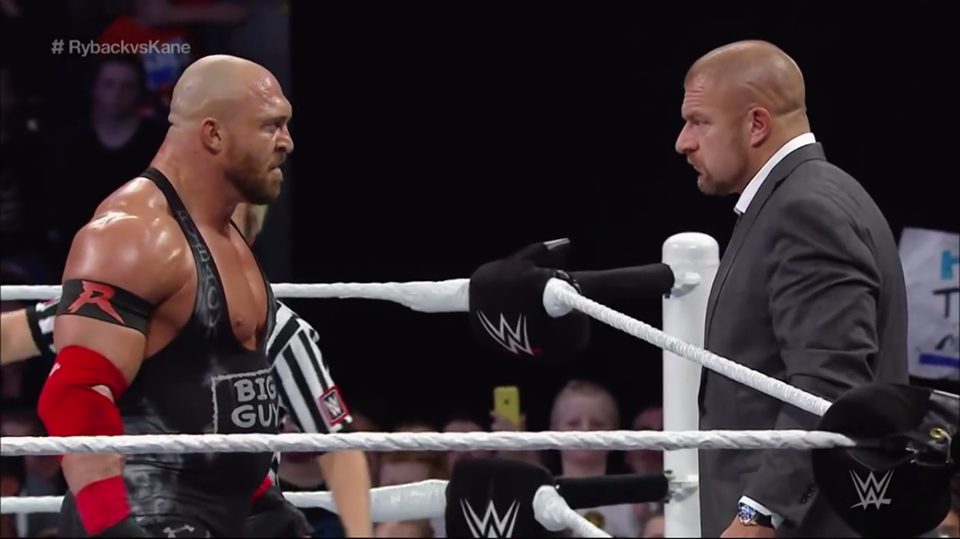 Ryback vs. Triple H was never supposed to happen