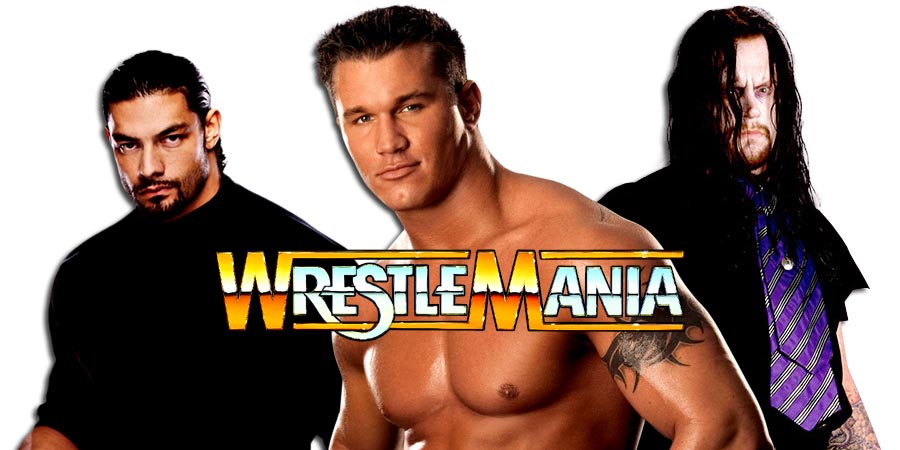 During a recent interview with Yahoo Sports, 12 time World Champion Randy Orton promoted this Sunday’s “Ultimate Thrill Ride” WrestleMania 33 PPV. During the interview, “The Viper” talked about what The Undertaker means to WrestleMania and which match should be the main event of WrestleMania 33.

What The Undertaker Means To WrestleMania:

“I think ‘Taker and ‘Mania go hand in hand. It’s unfortunate that he picked up a loss a few years back, I think that was wrong and I think everyone would agree with me for the most part with the exception of maybe Paul Heyman and Brock Lesnar. I don’t believe that that loss tarnished his career, I just hate that his streak was tarnished.”

On Which Match Should Main Event WrestleMania 33:

Will The Undertaker be around after this? If this is his last one and there’s speculation, all I can say is I hope not. Whether it was twenty years ago or today, when he comes to the ring and the gong hits and the music plays, the energy in the arena, it’s not like that for anyone else. I don’t care if its John Cena, Shawn Michaels or whoever, it’s a different kind of energy and he’s got more respect from the fans than I think any character or superstar has ever had in our business.”