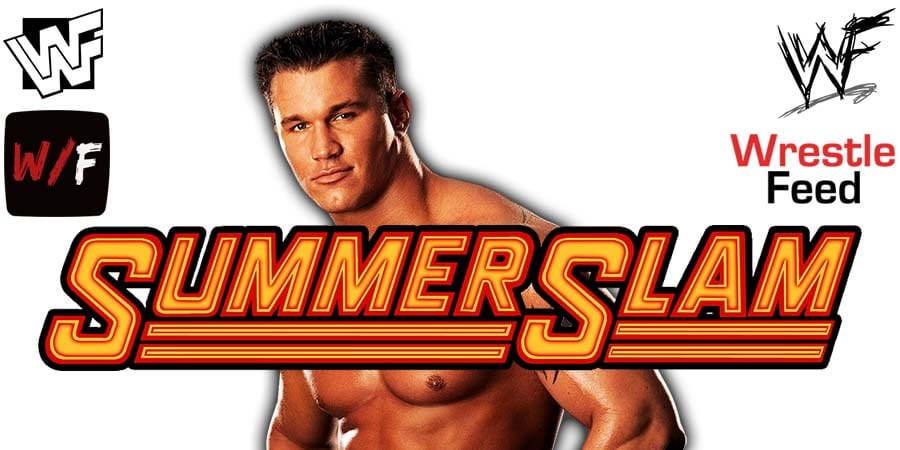 Randy Orton became the youngest World Heavyweight Champion in WWE history at this event. He was 24 years old at that time.

Also at the PPV, Kane won the right to marry Lita after defeating Matt Hardy, Edge retained the Intercontinental Title, JBL managed to retain the WWE Title against The Undertaker via DQ.

The PPV theme song of this dual brand pay-per-view was “Summertime Blues” by the band ‘Rush’.

– “Till Death Do Us Part”: Kane defeated Matt Hardy