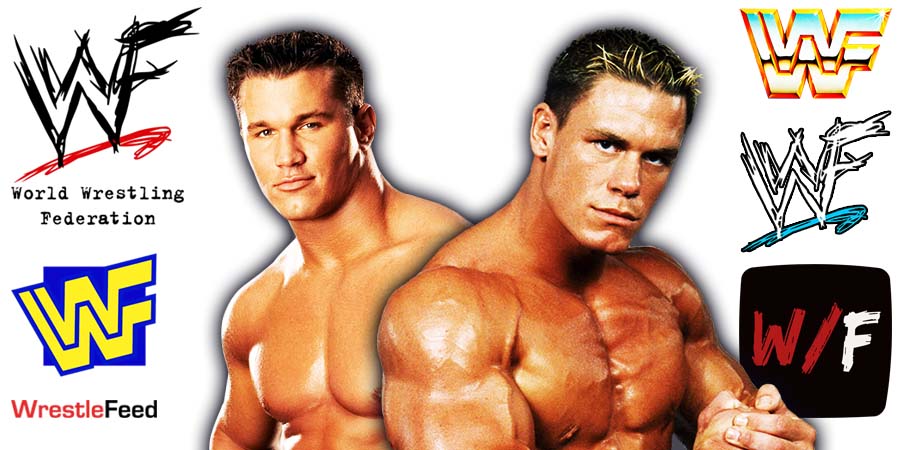 • Randy Orton Stood Up For John Cena On Tonight’s SmackDown

Undisputed WWE Universal Champion Roman Reigns talked about his normal routine – he smashes someone on Sunday at a premium live event and then comes out on Friday to reveal who’s next.

Reigns said no one is next because he has smashed everyone and everyone is afraid of him, no one wants to mess with him. The Tribal Chief is untouchable.

RAW Tag Team Champions RK-BRO then came out. Randy Orton then said the following to Reigns:

“I see you smiling, Roman, but you didn’t smash John Cena. John Cena is 10 times the superstar that you will ever be. Believe that!”

Orton then insulted Usos and said both Jimmy & Jey Uso share one brain. Orton then spoke slowly and told The Usos that they want a Tag Team Title Unification Match so they can become the Undisputed WWE Tag Team Champions. Orton also said he’s taller than them.

Usos accepted their challenge, but for next week. Usos said next week, every member of The Bloodline will have 2 Titles.

Reigns then raised both his Titles in Riddle’s face and Riddle suddenly attacked him with a Knee Strike to the face. Orton and Riddle quickly got out of the ring to end the show.

The Tag Team Title Unification Match will take place next Friday on SmackDown.

It was pre-taped at the Lawlor Convention Center in Reno, Nevada and featured matches, interviews & storyline segments on the road to the ‘WWE Judgment Day 2004’ PPV.