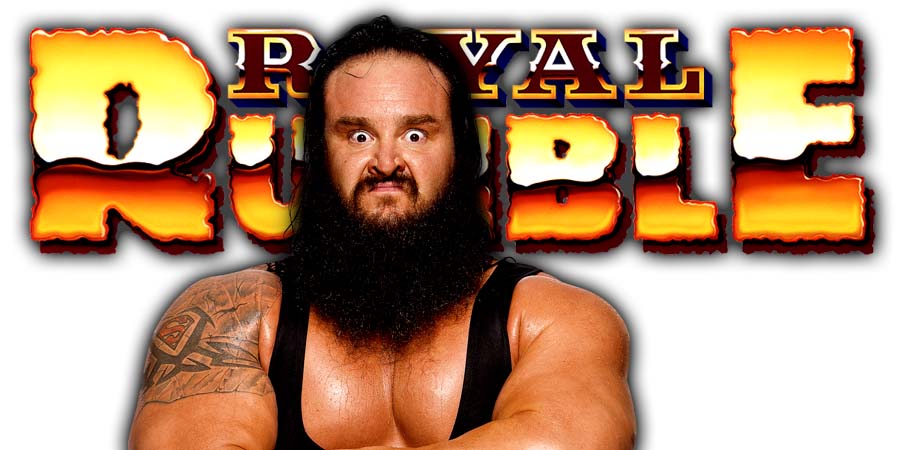 In 2016 The Godfather was inducted into the WWE Hall of Fame by “The APA” JBL & Ron Simmons.

On this day in 1998, Ted Turner’s World Championship Wrestling aired a match of Bill Goldberg against Yuji Nagata.

As seen on this week’s RAW, “The Big Dog” Roman Reigns destroyed “The Modern Day Maharaja” Jinder Mahal. You can watch the beatdown below:

Below is what Reigns tweeted after this brutal assault:

Last week you stepped up.
This week you got knocked down.
Be smart. Stay there. #B2R #Raw

During a tag team match on this week’s episode of RAW, Braun Strowman’s Greatest Royal Rumble trophy got destroyed when Strowman hit Drew McIntyre with a running shoulder tackle and McIntyre’s feet hit the trophy, which in turn fell down and broke.

According to Mike Johnson of PWInsider, the Greatest Royal Rumble trophy being destroyed during this spot between Strowman & McIntyre wasn’t planned.

You can watch the Greatest Royal Rumble trophy getting broken in half below: