Bayley turned them down for tonight, but said they can face off at Clash At The Castle. The babyfaces agreed and a brawl broke out.

After the match, Seth continued to attack Angelo and took him out with a Curb Stomp.

– Edge apologized for spearing Dominik Mysterio last week, but Dominik didn’t accept his apology and shoved him. Rey told Dominik it was an accident, but Dominik got upset with Rey for taking Edge’s side.

– Kevin Owens vs. Ezekiel was scheduled to take place, but Owens attacked Ezekiel before the bell rang.

– Damian Priest challenged Edge to a match in Toronto and vowed to embarrass Edge in front of his friends and family.

– Finn Balor def. Rey Mysterio after Rey was distracted when Rhea Ripley brought out a beaten up Dominik Mysterio

– Dakota Kai & IYO SKY def. 24/7 Champion Dana Brooke & Tamina to advance to the next round of the WWE Women’s Tag Team Championship Tournament

– In a backstage interview, Kevin Owens said RAW has a lot of eyes on it right now and this is still the Kevin Owens Show.

– Seth Rollins was informed backstage that Riddle will give an interview on next week’s RAW. Rollins then took a shot at Riddle getting fired from the UFC because of marijuana use.

– AJ Styles def. The Miz in a No Disqualification Match

After the match, it was shown that security was trying to hold someone back from jumping into the ring and it was former NXT wrestler Dexter Lumis. However, WWE didn’t zoom the camera in his face, but commentators did mention the name Dexter. 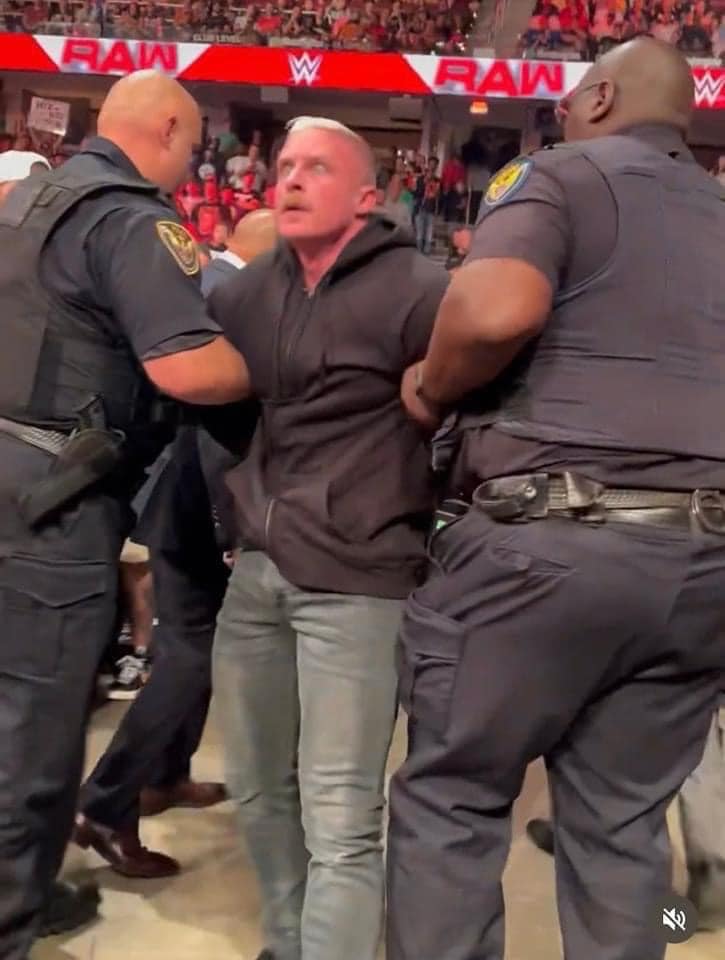 After Karrion Kross & Scarlett returning last week, Dexter is the next released wrestler that Triple H has brought back to the company.