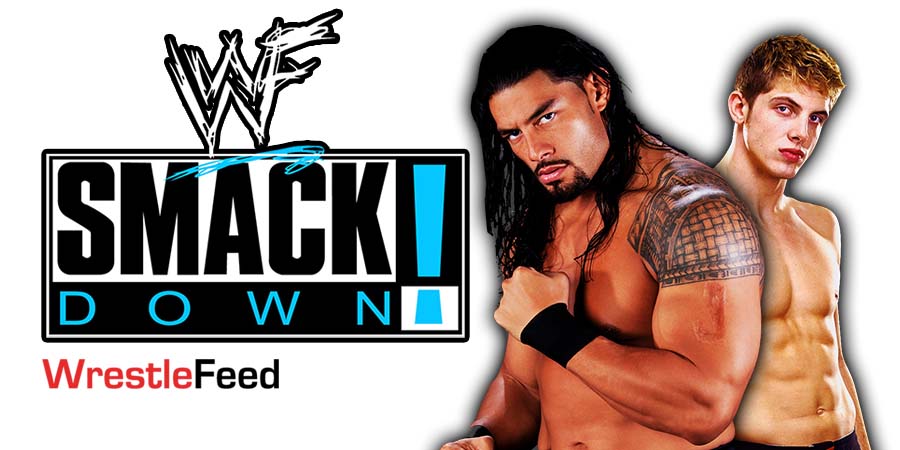 – Tonight’s episode of RAW kicked off with Paul Heyman appearing on Miz TV. The Miz said whoever wins Money in the Bank will likely cash-in on Roman Reigns.

Heyman said if anyone tries that they will fail, and reveals that there is a stipulation added to the Roman Reigns vs. Riddle match to this week’s SmackDown.

Riddle came out and wants to find out what it is. Heyman said if Riddle wins he will be the Champion, but if he loses – as long as Roman is Champion, Riddle can no longer challenge for the Undisputed Title.

– Seth Rollins said he’s proud of attacking Cody Rhodes last week and getting rid of that virus. Seth vowed to defeat AJ Styles and go onto Money in the Bank.
AJ came over and shoved Seth, and said that’s for Cody.

– Becky Lynch beat up Dana Brooke. Becky then cut a promo and said she will win the Money In The Bank match this year. Asuka came out and brawled with her.

After the match, Ezekiel said he has big news and it’s that Elias is coming back to RAW next week.

– Seth Rollins def. AJ Styles to qualify for the Money in the Bank Ladder Match

– The new Judgement Day cut a promo and Rhea Ripley vowed that RAW Women’s Champion Bianca Belair will meet her downfall at Money In The Bank.

Theory got upset and threw body oil in Lashley’s eyes and dropkicked him.