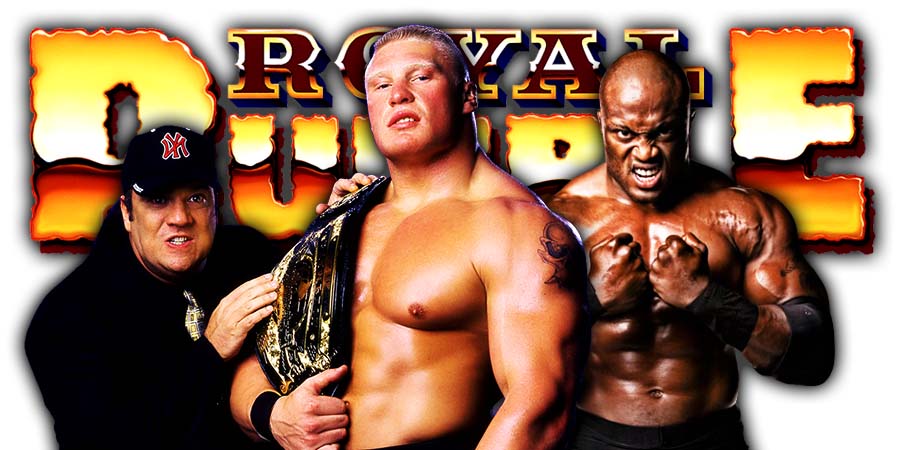 RAW Superstar MVP appeared on WWE’s After The Bell podcast and talked about the upcoming Royal Rumble 2022 premiere live event.

On who he thinks will win the Men’s Royal Rumble match:

“Brock Lesnar, because Bobby Lashley is gonna beat Brock Lesnar. And, in his fury and rage, he’s going to enter the Royal Rumble so that he can get back a chance to face Bobby Lashley for what he believes to be his Title back.”

On who will win if Lesnar doesn’t enter the Men’s Rumble:

“I think the odds-on favorite would have to be Big E. Looking up and down the roster, we can’t discount Omos, the giant.

Any time you have a 300 pounds, 7-foot tall giant, history has taught us that those guys are pretty difficult to get rid of.

It usually takes several guys to do that, teaming up to eliminate that threat.”

Also Read: Another Former Women’s Champion Is Expected To Return At Royal Rumble 2022

On this day in Pro Wrestling history on January 21, 1996, the World Wrestling Federation aired their annual ‘Royal Rumble’ event LIVE on PPV from the Selland Arena in Fresno, California.

This was the second out of 2 Royal Rumble wins for “The Heartbreak Kid” Shawn Michaels, as well as the first time that the WWF World Title match main evented the PPV instead of the 30-man Royal Rumble match.

– Free For All – for the #30 spot in the Royal Rumble: Duke Droese defeated Hunter Hearst Helmsley by DQ