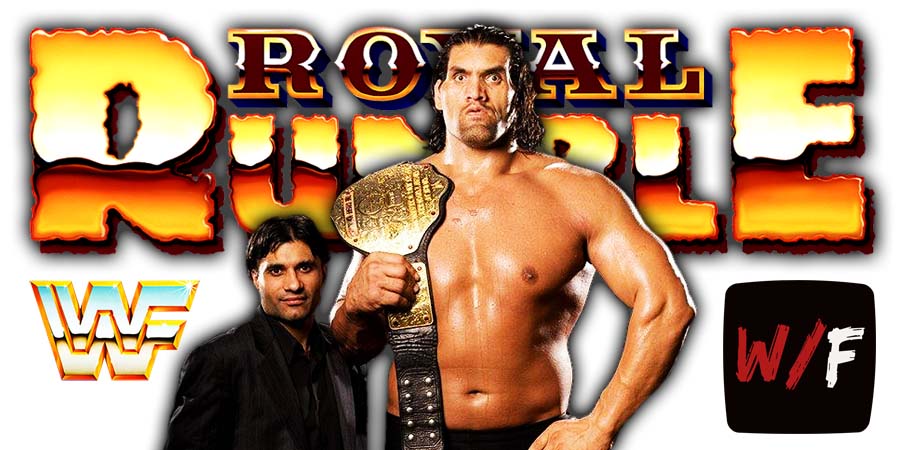 During the 2007 Royal Rumble match, WWE Hall Of Famer The Great Khali delivered vicious chops to the head, and MVP wasn’t a fan of it.

MVP got interviewed on WWE’s After The Bell podcast, where he revealed that he will eliminate himself from the Men’s Royal Rumble match if Khali returns on January 29.

“You go back and you watch that Rumble. When he chops me in the head, there’s a delayed reaction because my first instinct is to look at him and go, ‘WTF, man?! Oh, that’s right, let me go down.’

It’s legitimately a brain-scrambler. I didn’t enjoy that at all.

If I was to be in the Royal Rumble (this year) and I see Khali coming down the ramp, I’m just gonna eliminate myself to spare myself from having to take that big brain-scrambler to the head chop thing that he does.

If he comes, I’m out. I might leave the whole building, but that’s a whole other conversation.”

As of this writing, the following 15 names have been confirmed for the Men’s Royal Rumble 2022 match:

Also Read: The Undertaker Will Be Backstage At Royal Rumble 2022 – 2 Reasons Behind His Visit

He appeared in Paul Heyman’s Extreme Championship Wrestling from 1994 till 1996, most notably chokeslamming & squashing other ECW wrestlers.

In late 1996 and 1997, he wrestled for Ted Turner’s World Championship Wrestling as “Tombstone” and “Big Al”.

Like a lot of other former ECW Wrestlers, he returned during the 2005 Reunion Show ‘Hardcore Homecoming’.