RAW wrestler Gran Metalik (of Lucha House Party) posted a poll on Twitter where he asked the fans if he should leave WWE to return to CMLL or join the indy scene.

He went on to delete the tweet, but below is a screenshot: 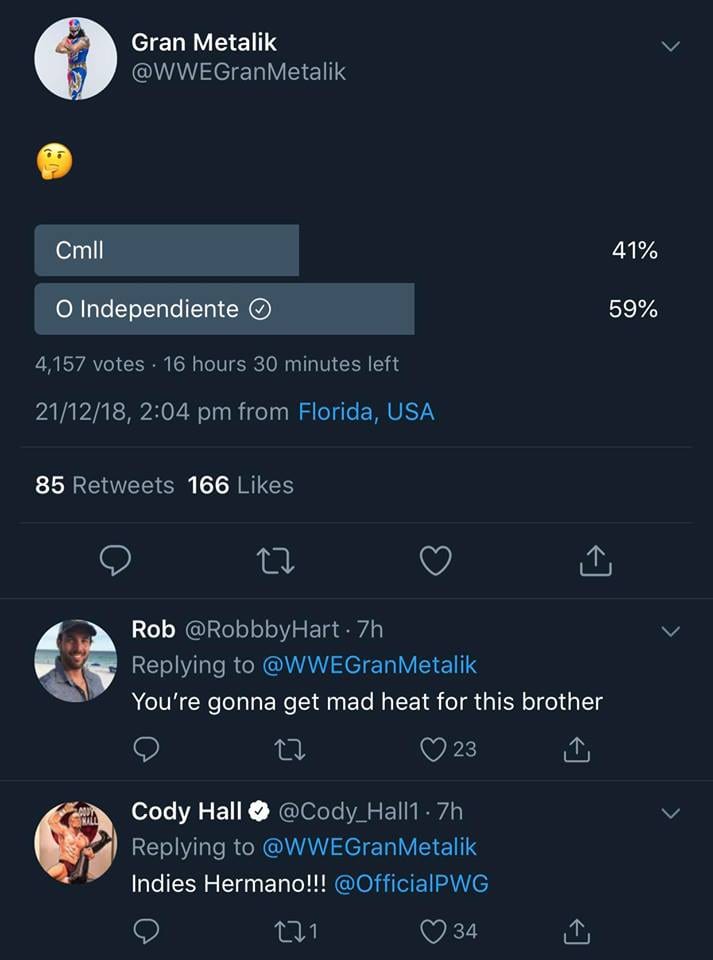 Do you think Metalik will get in trouble because of this tweet?