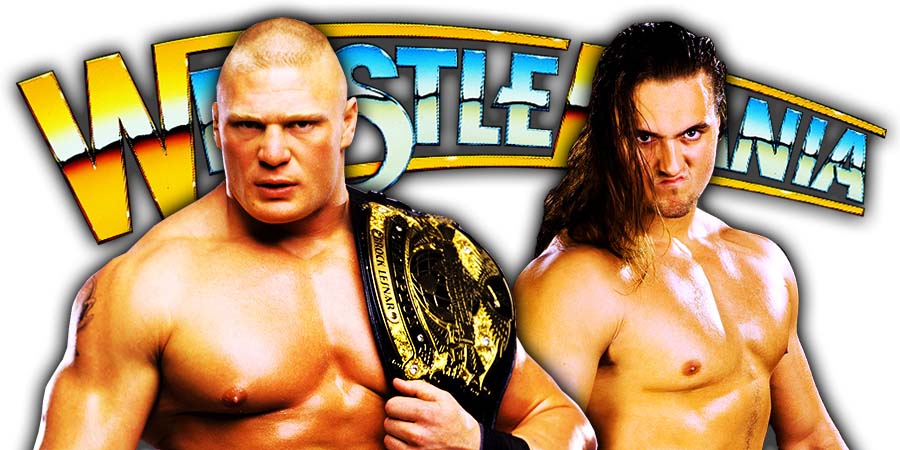 During a recent interview with Sports Illustrated, current United States Champion Bobby Lashley talked about wanting to win the WWE Championship and said 2021 is going to be his year.

On wanting to win the WWE Championship:

“The World Title, that’s been my priority since I came back. That hasn’t changed. When I returned to WWE, I came in and paid respect to the guys who were here. Ever since, I’ve been focused on taking steps to show I am the guy.”

On wanting to face Drew McIntyre & Brock Lesnar in a Triple Threat Match at WrestleMania 37:

“I want that fight, I want that title. Drew is old school. He fits into any era. He’s tough, he’s real. We have a lot of unfinished business. We have history.

We’ve met in the ring before, we were tag partners, and we know each other real well. Drew is ‘The Chosen One.’ That’s not me, I’m someone that fought for it. There is so much potential for our fights.

Adding Brock always adds a lot. He’s as real as it gets, and he’s someone I want in the ring. So I’m open to that, but me and Drew can do it on our own, too. There are a lot of options, which is great for everyone.”

On being near the end of his career:

“This is going to be my year. I have a different level of confidence. Even at my age, I don’t think there is anyone working harder than me.

I know that my finish line is soon. I won’t be here for another 10 or 15 years like Ricochet or Cedric. I’m running to the finish line, and I’m hitting it hard. This is the year for me.”

4. Tito Santana vs. The Brooklyn Brawler