The NBA Legend is a lifelong professional wrestling fan and had several appearances for various promotions over the years, such as Ted Turner’s World Championship Wrestling, Total Nonstop Action (now known as iMPACT Wrestling) and World Wrestling Entertainment (fka WWF).

The former L.A. Lakers MVP served as the WWE RAW guest host in 2009 and joined his buddy Hulk Hogan during a backstag segment on TNA iMPACT in 2012, but his only professional wrestling match to date came in 2016, when he was a surprise entry in the André the Giant Memorial Battle Royal at the WWE WrestleMania 32 PPV.

Former WWE Champion and current RAW Superstar “The Phenomenal” AJ Styles is being awarded with Pro Wrestling Illustrated’s “Wrestler Of The Decade” award. 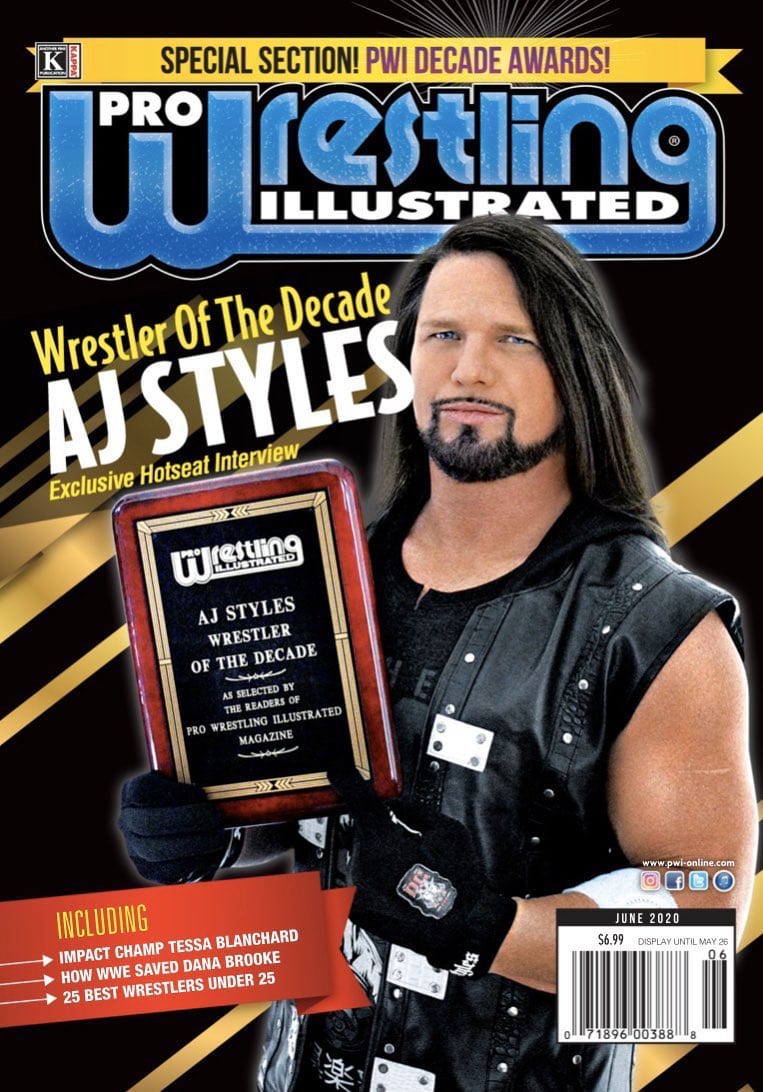 Styles will appear on this week’s PWI Podcast to talk about this accomplishment.

This week on the PWI Podcast, @AJStylesOrg joins @AlCastlePWI to discuss his Wrestler of the Decade Award. Check out the full interview here: https://t.co/WWn2Dv82JJ pic.twitter.com/XTbdfS617l

Below are the winners of PWI’s “Wrestler Of The Decade” awards: