RAW Tag Team Champion Buddy Murphy is the latest WWE Superstar to have his name changed.

His name has been shortened to just “Murphy”. This change has been updated on his WWE.com profile too: 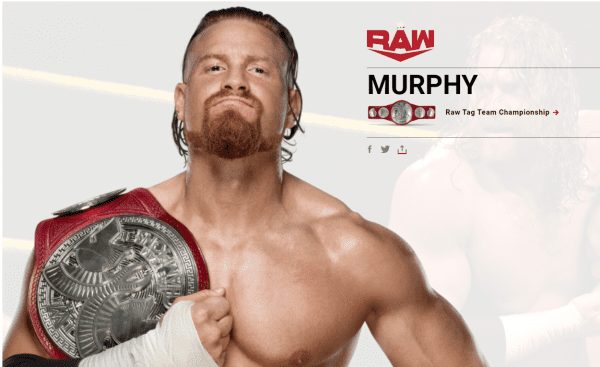