On this day in 1996, the World Wrestling Federation aired a match between the WWF World Heavyweight Tag Team Champions The Body Donnas Skip & Zip and The New Rockers Marty Jannetty & Leif Cassidy for the titles.

You can watch the entire title match below:

WrestleVotes recently reported that WWE officials put Ronda Rousey in a Title match at Money In The Bank 2018 because there was nothing else for her to do and WWE didn’t want to ignore Rousey for another PPV (she didn’t work Backlash or Greatest Royal Rumble).

WWE officials didn’t want Rousey to be in a Ladder match at this point in her career and they certainly didn’t want her losing a Money in the Bank qualifying match. So they decided to put her in a Title match by doing a storyline where Nia Jax challenges her.

However, PWInsider is reporting that this isn’t the only reason WWE booked Rousey at Money In The Bank 2018. Rousey got booked for Money In The Bank 2018 PPV because Brock Lesnar is not working this PPV and Ronda is the next top draw after Lesnar that can draw mainstream attention to this upcoming PPV event.

WWE is teasing a segment between RAW Women’s Champion Nia Jax and Rousey on the next episode of RAW.

Nia Jax prepares to face The Baddest Woman on the Planet

“Last Monday morning at the NBCUniversal Upfront in New York City, Nia Jax chose Ronda Rousey to be her next challenger for the Raw Women’s Championship, and Rousey agreed to do battle at WWE Money in the Bank on Sunday, June 17.

The encounter seemed amicable enough, but one has to wonder what’s going through the minds of The Irresistible Force and The Baddest Woman on the Planet as the bout approaches. Expect some fallout from last week’s challenge this Monday night.

Bet Online has released early betting odds for the RAW Women’s Championship match between Nia Jax & Ronda Rousey at Money In The Bank 2018 PPV and Nia is currently the betting favourite to win this match. 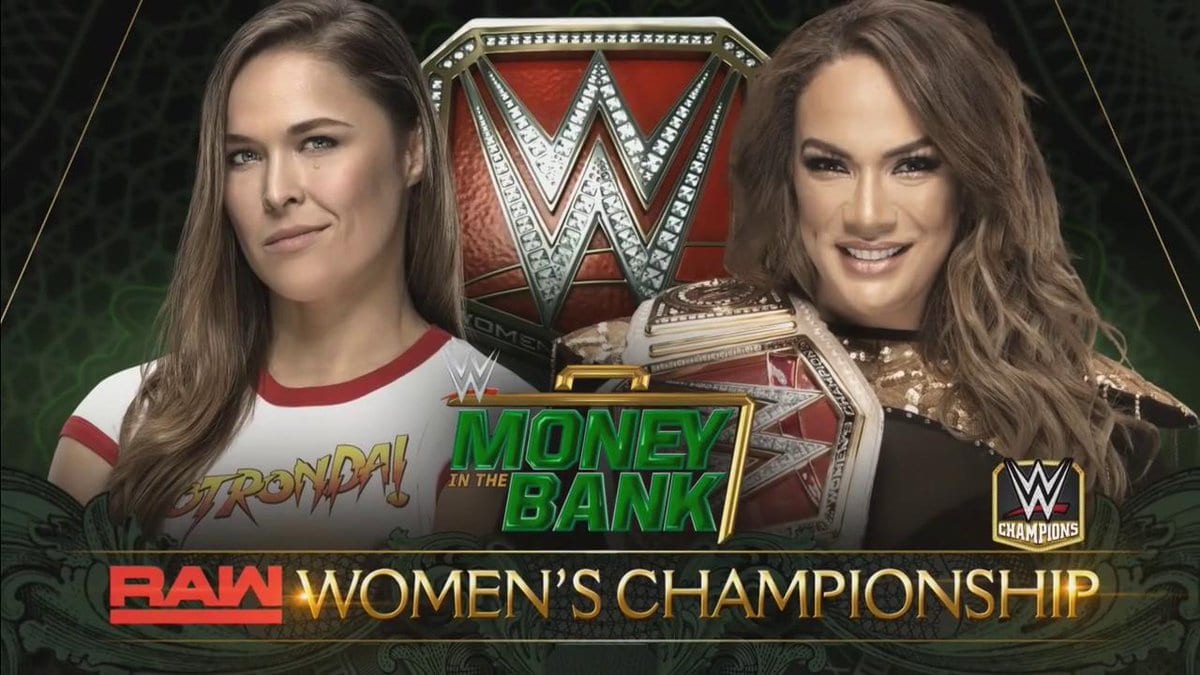 Below are the odds: