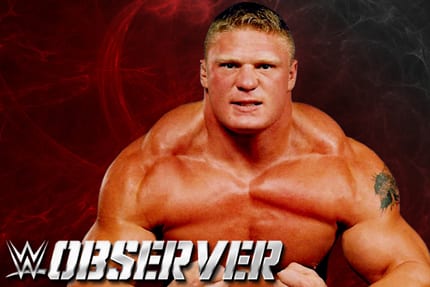 “The Next Big Thing” Brock Lesnar

Brock Lesnar revealed in his interview with SportsCenter that he was offered a deal by Vince McMahon that he couldn’t refuse, and finally re-signed with WWE. Brock Lesnar is reportedly making $3 million per year with the new deal and he’s still going to be a special attraction, not a regular superstar. His contract includes a significant downside guarantee as well. So basically he’s getting a full-time pay for working a part-time schedule. Vince is looking at this as an investment and has changed his mind on using part-time talent, especially when it comes to building up WWE Network. WWE officials feel that AT&T Stadium, the site for WrestleMania 32, will be a lot easier to fill and possibly go beyond 100,000 people with Brock Lesnar working the show.