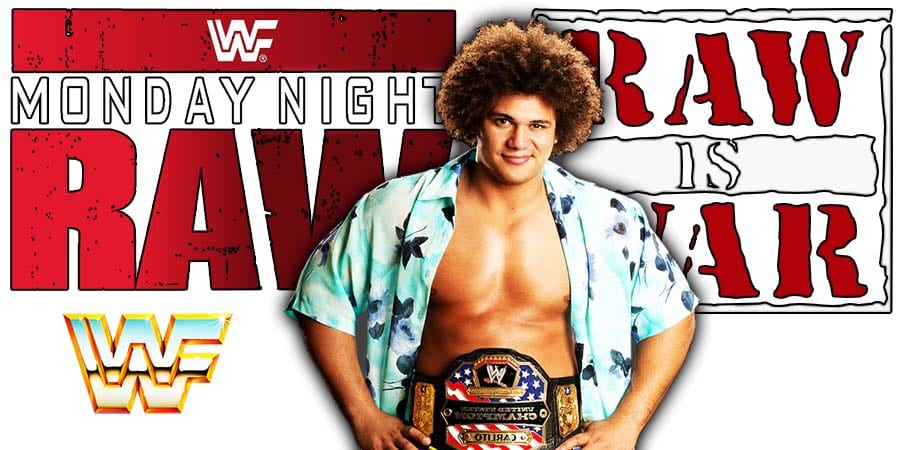 The first WWE RAW of 2021 was a Legends Night special, which featured appearances from a lot of Veterans / Legends. However, not all of the past names who were advertised for the show appeared on it.

WWE had announced that Kurt Angle, Mick Foley, Carlito and Candice Michelle would also be a part of the Legends Night, but the four of them were not there.

According to PWInsider, Foley decided not to work the show because he just recovered from COVID-19, although he’s not infectious to others at this point.

There have been multiple reports about Carlito’s absence. The report from PWInsider states that he was in the script for the show, but was pulled from it later.

A report from WrestlingInc states that someone in the WWE social media team had just jumped on to making the announcement of Carlito’s return, but it was never made official and WWE had just sent feelers out for him to appear on RAW.

There’s no word on why Candice Michelle and Kurt Angle didn’t appear on the show.

It was broadcasted from the Memorial Coliseum in Corpus Christi, Texas and featured pre-taped matches, promos & storyline segments on the road to the ‘WWF Royal Rumble 1992’ PPV.

– The Warlord vs. Larry Sampson