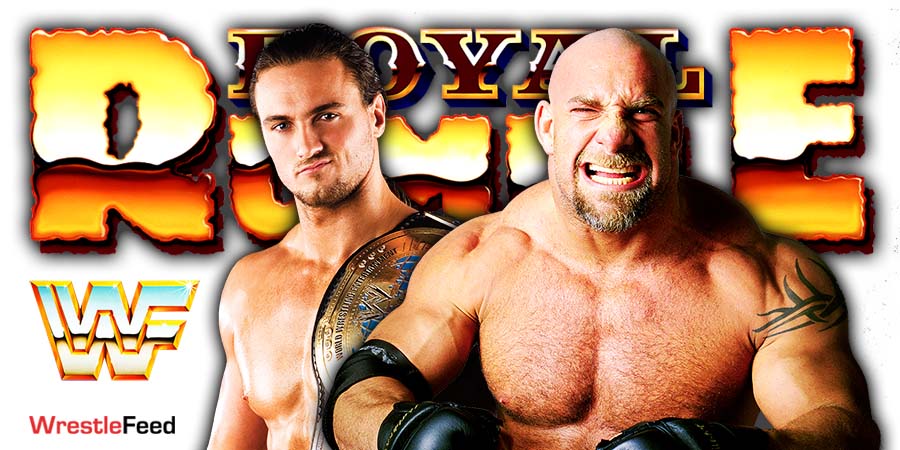 After Drew McIntyre defeated Keith Lee to retain the WWE Championship in the main event of RAW Legends Night, WWE Hall of Famer Goldberg made a surprise appearance and challenged McIntyre to a WWE Championship match at Royal Rumble 2021.

According to the Wrestling Observer, Vince McMahon decided to book this mega match a few days back because he thought no one else was ready to challenge McIntyre.

Vince believes McIntyre being involved in a program with Goldberg will really help his drawing power.

Speaking of this feud, WWE faced some timing issues in this segment on RAW.

During his promo, Goldberg said Drew has size, speed, athleticism…but one thing he doesn’t have is – respect. Goldberg said Drew sees Legends as washed up has-beens and thinks he’s better in his prime than these legends were in their prime.

This felt odd because Drew never really said or implied these things. According to the Wrestling Observer, this was supposed to happen in Drew’s post-match promo.

After the match, Drew picked up the microphone and was about to cut a promo. However, WWE was running short on time, so they decided to send Goldberg out right away and Drew wasn’t able to cut his promo, where he would have hinted that he’s superior to the legends.

After being a female wrestler, as well as a manager in Ted Turner’s World Championship Wrestling from 1997 till 1998, she joined the World Wrestling Federation in mid-1998, when the Attitude Era was running wild.

In 2016, she was inducted into the WWE Hall of Fame by fellow Attitude Era Veterans, The Dudley Boyz.