As seen on this week’s episode of Raw, 16 time WWE World Heavyweight Champion “Free Agent” John Cena returned to the Red Brand after over a year. The obvious reason for Cena being brought to Raw is to increase the show’s ratings, but that’s not the only reason.

As we have noted before, John Cena vs. Roman Reigns was once planned to take place at WrestleMania 34, but plans have changed and that match will now take place before next year’s Show of Shows. It’s possible WWE books this match at the upcoming Raw exclusive PPV, No Mercy 2017. 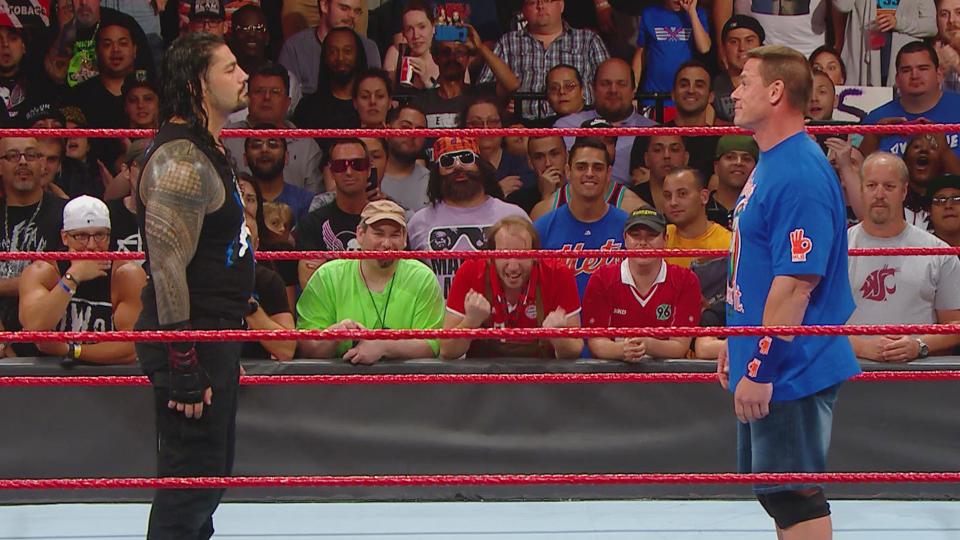 The Cena vs. Reigns match was teased on this week’s episode of Raw and the two teamed up to defeat the team of Intercontinental Champion The Miz & Samoa Joe in the main event. You can watch it below: