His Lucha Libre high flying style revolutionized professional wrestling in the United States, by establishing the famous cruiserweight division, in which smaller wrestlers would become a regular part of the business from that point forward.

• Reason Behind RAW Star Being Announced As Injured

As seen on this week’s episode of RAW, Michael Cole announced that former Universal Champion Finn Balor is injured and he has been pulled from the WWE Mixed Match Challenge (Apollo Crews will be his replacement).

According to PWInsider, Balor isn’t hurt, but he’s dealing with an illness. WWE officials except Balor to be ready for his match with Drew McIntyre this Sunday at TLC 2018 PPV though.

As seen on this week’s episode of RAW, Apollo Crews press slammed “The Boss” Sasha Banks on top of Jinder Mahal and The Singh Brothers.

An interesting photo from this sequence went viral on Social Media and you can check it out below: 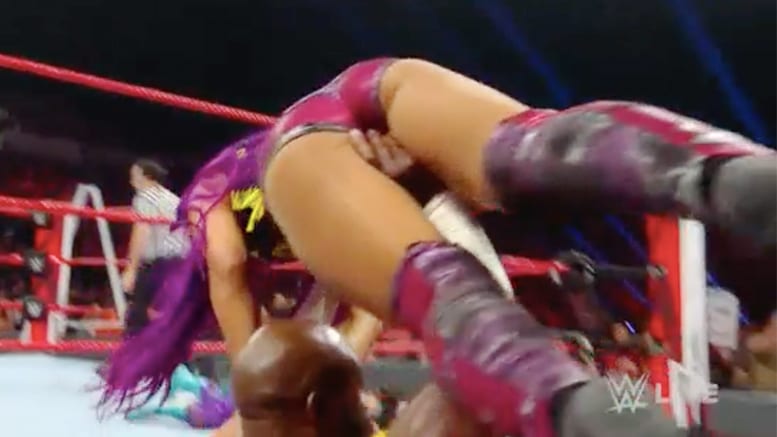