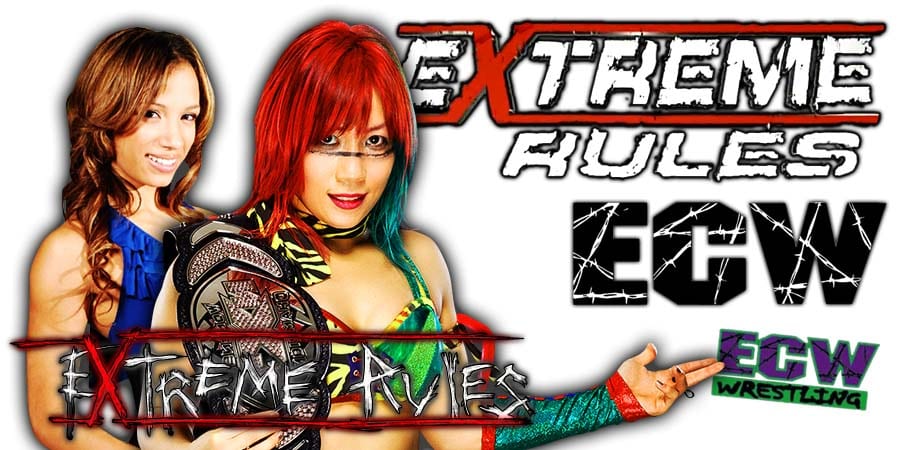 After the finish of Asuka vs. Nia Jax at Backlash, it was expected that WWE would have a Triple Threat match between Jax, Flair and Asuka at Extreme Rules. However, the plan has been delayed due to Charlotte Flair taking time off for an elective surgery.

The Wrestling Observer noted that WWE chose Banks as Asuka’s challenger because they needed a top star to face her at Extreme Rules.

“Banks, a SmackDown wrestler, is going after the RAW Title likely due to Charlotte Flair being out of action. Flair had two wins over Asuka, but then lost to Asuka on television and did an injury angle off it.”

As we noted earlier, the plan for a Triple Threat match between Jax, Flair and Asuka is still in place when The Queen returns (which will possibly happen at SummerSlam).