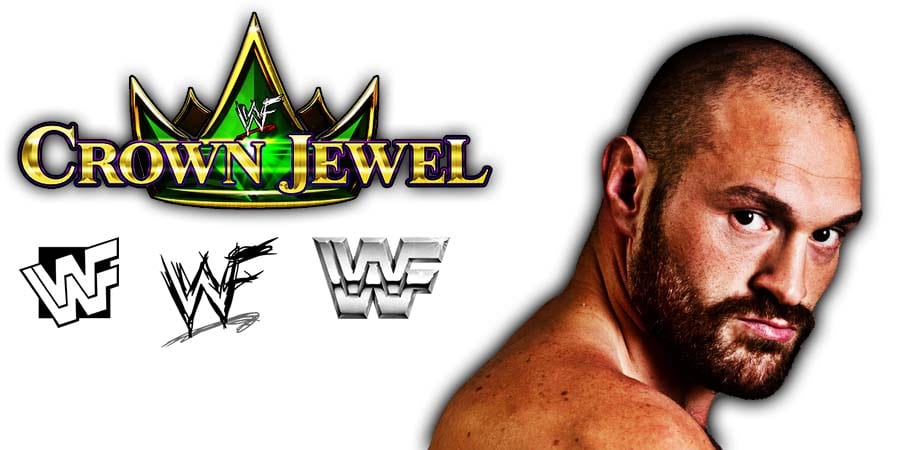 As we all know, Braun Strowman vs. Tyson Fury is going to take place at WWE Crown Jewel 2019 PPV on October 31 in Saudi Arabia.

According to the Wrestling Observer, the Saudi Arabia Prince, Mohammad bin Salman, wanted Tyson Fury to compete in Saudi Arabia and that’s why WWE went ahead with this plan with Fury.

Word going on is that WWE is receiving extra money from Saudi Arabia to bring in Fury.

Speaking of Tyson Fury working with WWE, Wrestling Observer noted that Fury approached WWE years ago regarding him working with them, but things didn’t work out.