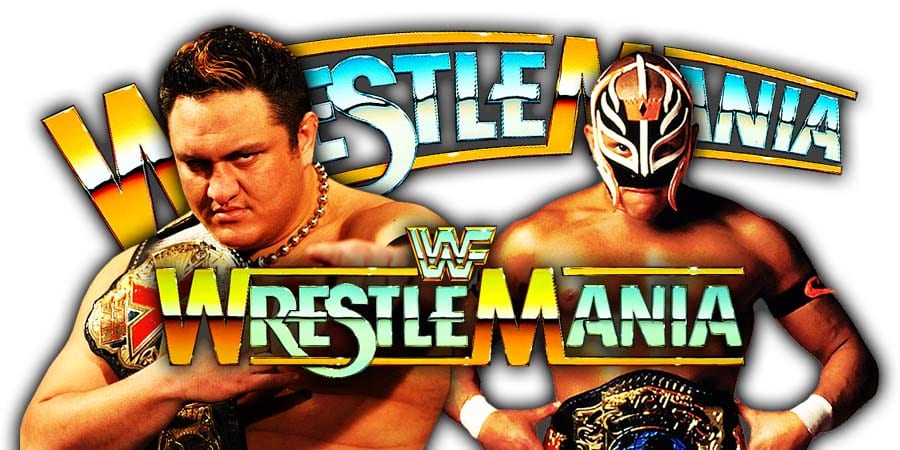 As seen at WrestleMania 35, Samoa Joe defeated Rey Mysterio in just a minute to retain the United States Championship.

Many people thought the match was short because Rey was still hurt (he suffered an ankle injury prior to WrestleMania 35), but that’s not the case.

According to Dave Meltzer of the Wrestling Observer, the match was cut short because of timing issues:

“I asked about that and was told it was short because the event was already 7.5 hours and I asked specifically. They gave them 1 minute because even at 1 minute that show was still 7.5 hours.”