– As seen on this week’s episode of Raw, Curt Hawkins suffered a loss to Titus Brand member Apollo Crews. This was Hawkins’ 115th consecutive defeat and below is what WWE posted about this:

“In case you haven’t heard, Curt Hawkins is on a bit of a losing streak lately, and the former WWE Tag Team Champion came to Raw with a singular purpose: Make history and snap his streak. Alas, he tumbled into the wrong end of the record books, as Hawkins’ attempt to pull himself out of the 114-match doldrums via an open challenge ended with Apollo Crews answering the call. Hawkins started out strong enough, only to get more and more frustrated as Crews refused to yield, and the Titus Worldwide stalwart finally sealed Hawkins’ 115th consecutive loss with a Spinning Sit-out Powerbomb. The streak continues.”

It looks like WWE officials are planning to give Hawkins the “reverse Goldberg streak”, where they might make Hawkins lose 173 matches in a row and have his recent record be at 0-173. You can watch Hawkins’ match from this week’s Raw below:

– It looks like top SmackDown Live star, the current WWE Champion Jinder Mahal is banged up as he was seen wearing kinesiology tape on his shoulder during recent Live Events. Below is a photo: 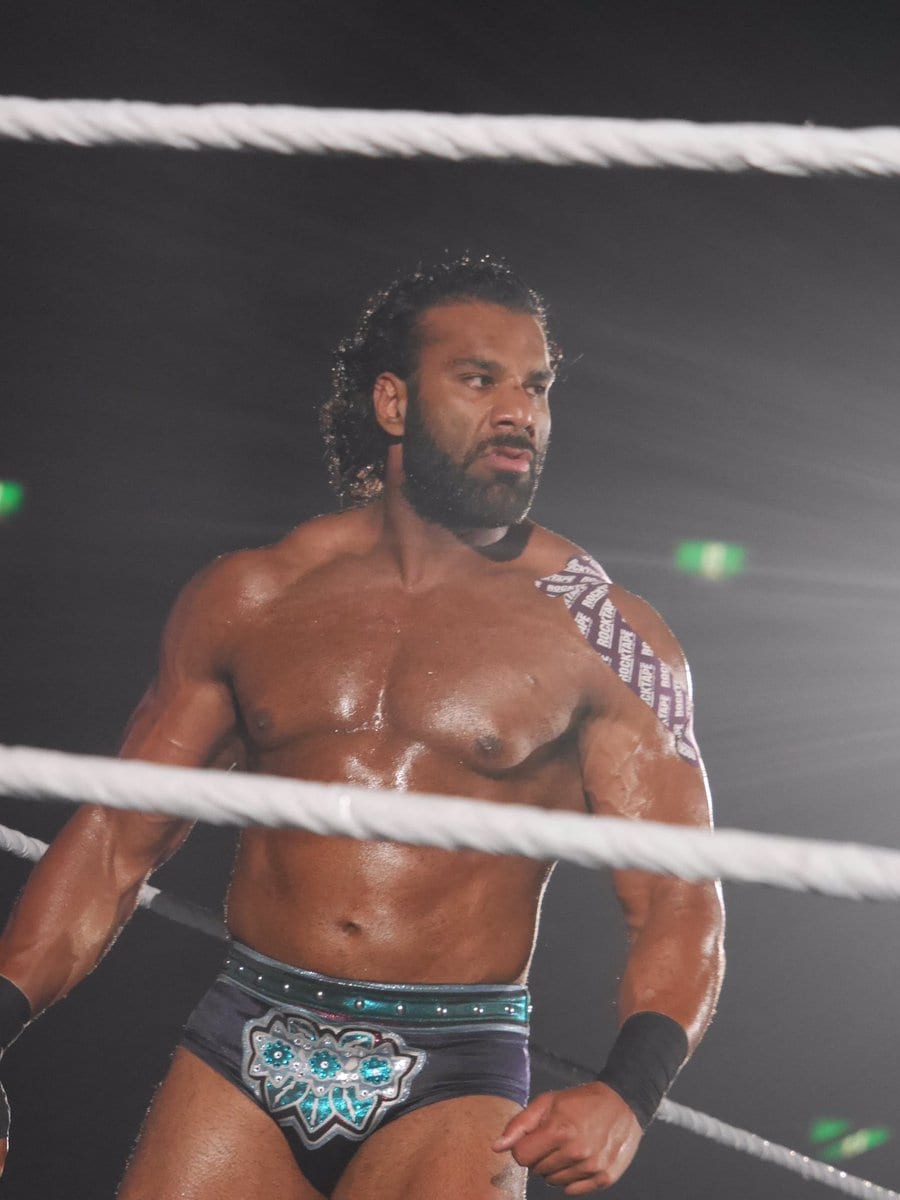