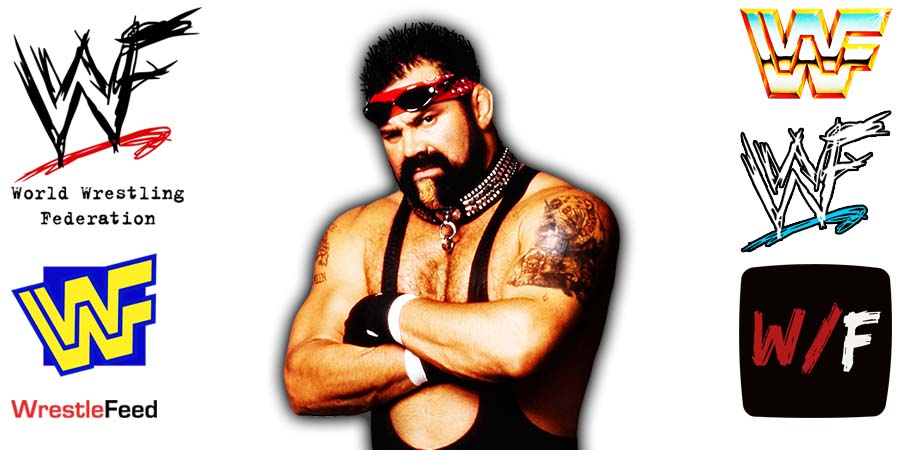 Many fans have reacted in a negative way after they found out that the in-ring name of Old School WCW/WWF Legend Rick Steiner’s son Bronson Rechsteiner received a last minute change before his debut on NXT 2.0.

While his name was set to be Rex Steiner, he’s now known as Bron Breakker, a name that completely ignores the great family tradition of his father Rick and his uncle Scott Steiner.

Who actually thought they would have learned from their 2010 mistake of calling ‘Mr. Perfect’ Curt Hennig’s son ‘Michael McGillicutty’? They clearly did not.

Here’s what the PWInsider reported regarding the name change:

“We are told you can expect quite the push for Bron Breakker in the weeks ahead. For those who have asked why WWE quickly pivoted from his initially planned (and awesome) ring name of Rex Steiner, one source pointed to the company wanting to create and own the trademarks of all their talents’ ring names as the likely reason for the switch.”

Most of you will remember Hudson for doing commentary on some of World Championship Wrestling’s weekly TV shows from 1998 till its demise in 2001.

The last time we saw him, was in the World Wrestling Federation during the infamous Invasion storyline, when he and Arn Anderson did commentary for an exclusive “WCW match” during the July 2, 2001 RAW IS WAR episode, and later in 2003 when he became a backstage interviewer for NWA Total Nonstop Action!.