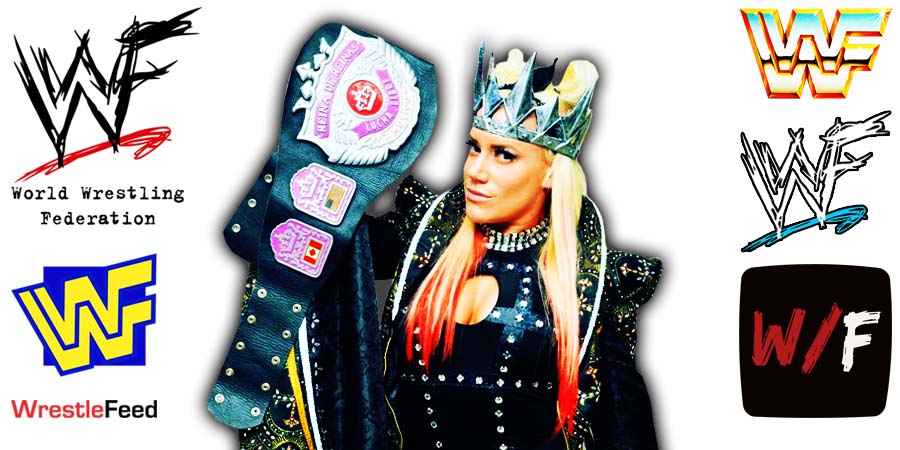 ECW Legend Tommy Dreamer went on to tweet the following about the recently released 18 wrestlers:

All so talented. Have to reevaluate @HouseofHardcore 2022″

A fan then replied the following to Dreamer:

“Please do not hire old wrestlers, just focus on young.”

This let to Taya replying the following to this fan::

“STFU…. I just turned 38, I’ve been ashamed to even SPEAK about my age until today. 38 is not old…especially when you’re a man. Process that.

Age should never be [an] issue [and] I’m sick of people using that as a reason that someone should lose their job. I’m a women, a wife, a mother to 2 dogs, an aunt and a friend. Nobody should EVER say that 38 is old. GROW UPPPPP.”

Bill made his WCW debut in 1995 as “The Laughing Man” Hugh Morrus, a member of Kevin Sullivan’s evil ‘Dungeon of Doom’ stable.

For a few months in 2000, he became General E. Rection, leader of the ‘Misfits In Action’ faction.

When WCW was sold to Vince McMahon, DeMott was signed to a WWF deal in 2001, but after 2003 they kept him on TV for a while, before turning him into a trainer for various WWE developmental projects, such as Tough Enough, Deep South Wrestling, Florida Championship Wrestling, NXT & more.