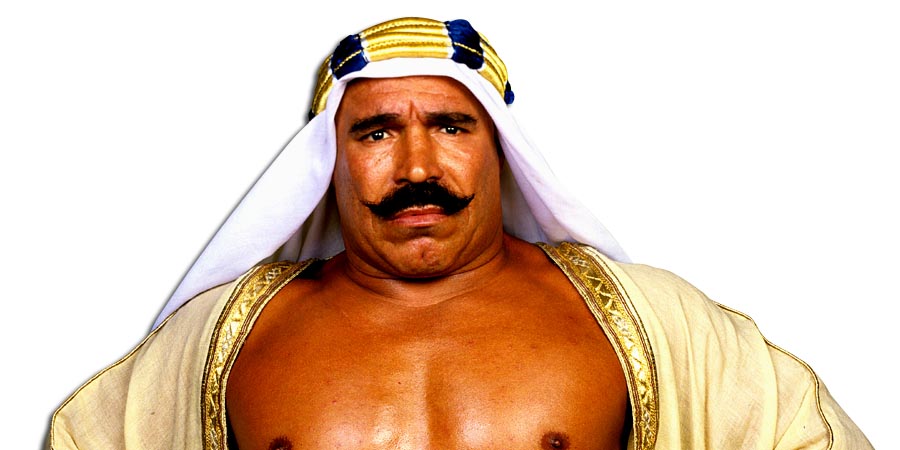 His last WWF match came at Survivor Series 1996, where teamed up Flash Funk, “Superfly” Jimmy Snuka & Savio Vega in a traditional Survivor Series elimination match that ended in a double DQ, thus ending a successful 4 year run with the WWF.

In 2012, Yokozuna was posthumously inducted into the WWE Hall of Fame by his cousin Rikishi and Rikishi’s 2 sons The Usos.

Reddit user ‘vyleATL’ recently posted a story of Iron Sheik trying to fight his father while being high back in the day.

“The Iron Sheik tried to fight my dad while high on cocaine. I literally can’t make this up. He used to live about three houses up the street from me in my parents neighbourhood in Fayetteville, GA (weirdly enough we lived about 5 minutes away from the house where Benoit killed his family).

All the kids on my block were into WWE when we were little, and because he was a major name back in the day, we all flocked to him at one point or another. He seemed super nice in the beginning, used to give us free merch as well as free action figures of just about any wrestler we could think of.

But then overtime, we literally started hearing him beating his wife all the way down the block. It became almost a nightly thing before anybody actually called the cops or anything. Anyway…Getting off track, one night, he decided to come to my parents’ house when I was about 8 years old, and demand to be paid for one of the “free” action figures he gave me. I’m not even kidding when I say he had Coke residue under his nostrils, and he literally stood in the doorway of my house about an inch from my father’s face threatening to beat the sh*t out of him if he didn’t pay for the toy.

Eventually he calmed the f*ck down and went back to his house, but before the night was over we saw his car zoom down our street at about 70 miles an hour being chased by two cop cars, lights blazing and Sirens screaming. That was the last time I ever saw him in my neighbourhood.”

The user later deleted this story.