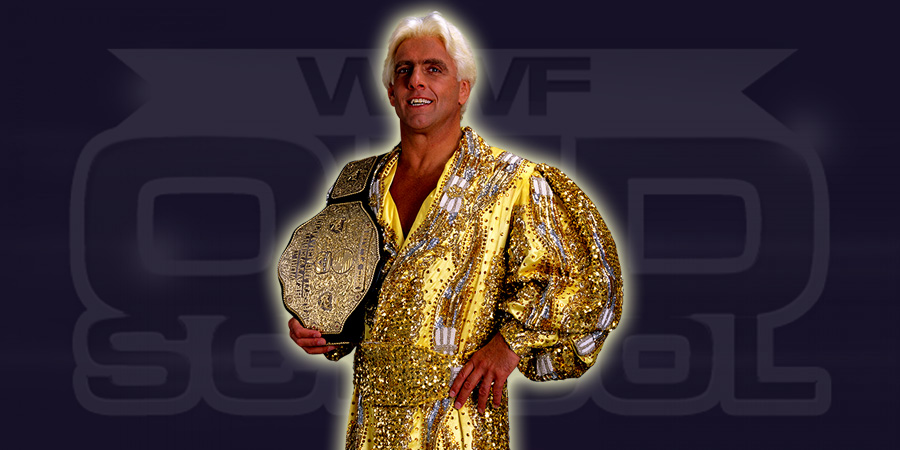 – During a recent edition of Ric Flair’s podcast, the 2 time WWE Hall of Famer noted that he tore his Achilles tendon at the recent WWE Mexico Live Tour. Flair noted that doctor s injected him with stem cells and he can walk around normally.

– During a recent interview with Chris Van Vliet, former 6 time WWE World Heavyweight Champion Batista talked about working in WWE and possibly returning again. Batista also talks about “butting heads” with the WWE Creative Team. Below is what he said:

“I don’t know if it would go any different because it was just butting heads. I was just constantly butting heads with them creatively which is something we talked about well beforehand and I was promised things that weren’t delivered to me. For one, I didn’t want to go back as a babyface. I said it’s not going to work, they don’t want to see me as a babyface. I’m the worst babyface ever. But I’m a good heel, I know how to be a heel, I’m comfortable being a heel and the fans want me to be a heel. But they tried to shove me down everybody’s throats and they rebelled. They’re not idiots and they don’t like it and they don’t want it. Then it became a state of confusion where they didn’t know what they wanted to do with me so they’d just send me out every week regurgitating the same crap and it was just horrible.”

Below is what he said about possibly returning to WWE:
“Oh yeah. At the end of the day I love WWE and I’ve proven that I wouldn’t wrestle anywhere else. I feel like wrestling anywhere else would be a step down. I love the company and I will always be appreciative for what they’ve done for me. I would love to go back, they’re just really hard to deal with and also right now my passion is acting and I’m pursuing it. But if the opportunity comes up and they were a little more flexible with me as far as creative, I’d love to. But also, I would do it in a heartbeat and I don’t want big money, I don’t want a limited schedule, if they would allow me to go back and just do house shows I’d be all over it. Because then you just skip all of the red tape and you don’t have to deal with the writers and all that bullsh*t. And my thing is wrestling. Wresters. Audience. Ring. That’s all I want.”