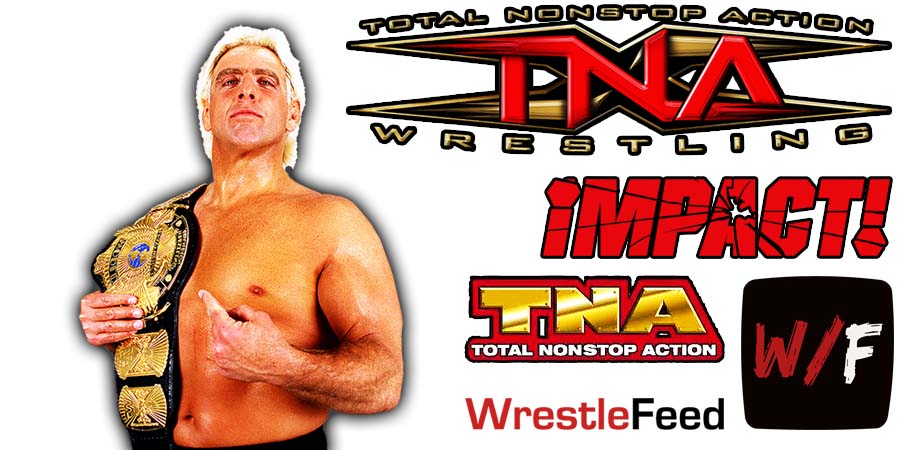 “Me and Shane Helms and Flair were all sitting together at the table beside each other.

Foley comes in with Flair’s book and I guess they had major heat, hated each other. Foley had his book, and he was just like, ‘Hey, I just bought your book. I’m a big fan of yours. Can you autograph it for me?’ and Flair just stood up and (punched him)…it was just like right across the table.”

Foley had issues with The Nature Boy’s book for quite a while, in which Flair called him a ‘glorified stuntman’.

During an August 2022 episode of his weekly ‘Foley Is Pod’ podcast, Mick recalled the backstage incident:

“[Ric Flair] went to shake my hands, and I wouldn’t shake his hand, and I said, ‘You want to sign this book for me?’ I had envisioned a lot of scenarios, and never once did I envision Ric getting up and punching me.”

Bob Backlund as a guest of the Heartbreak Hotel