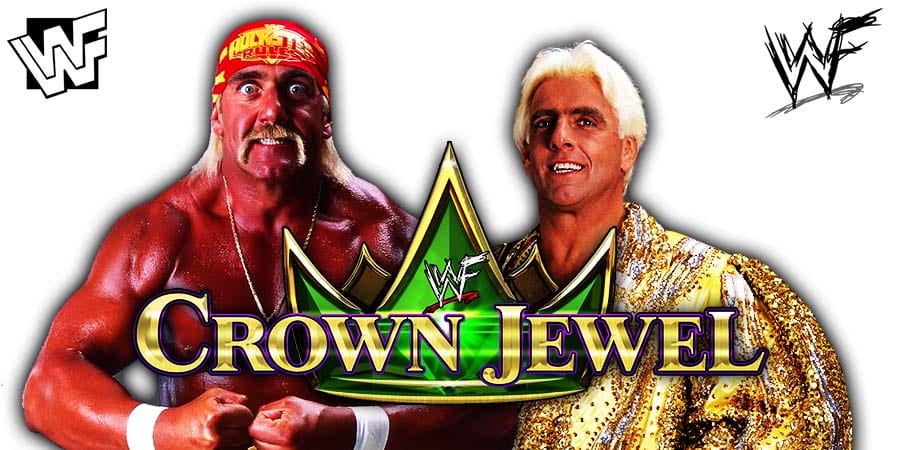 While speaking to Wrestling Shoot Interviews, WWF Veteran Brian Blair (of The Killer Bees) mentioned that Hulk Hogan is going to be in this match.

Below is what Blair said:

Well, I think if Ric were gonna die anywhere, he’d wanna die in the ring. Terry’s had his fair share of surgeries, way too many and I’m getting ready to call Terry in a couple of minutes. I just wish them the very best.

I know the fans are the ones that have been really egging it on that really want to see it. So it’s sparked them.

All I can say it will be interesting and I just pray that they both come out in one piece.”

On the latest episode of ‘To Be The Man’ podcast, Ric Flair and his son-in-law Conrad Thompson discussed this rumor.

Conrad: Here we are talking about what’s causing all this, Ric. Another week has gone by and you have captivated the internet. There’s so much speculation unbelievably. I saw yesterday that people think you’re gonna be wrestling Hulk Hogan.

I mean, I know we’re saying it’s a who’s who and there’s gonna be big surprises but goodness gracious I don’t think it’s gonna be even Hulk Hogan. Did I miss that?

Ric: Not that I know. I think you would have run that by me. He’s invited. I’ve talked to him personally to come to the roast and come watch the match. But yeah, he hasn’t confirmed for sure but I’m pretty sure he’ll be there.

Also Read: Ric Flair Reveals Which Recent WWE Matches Inspired Him To Have One Last Match