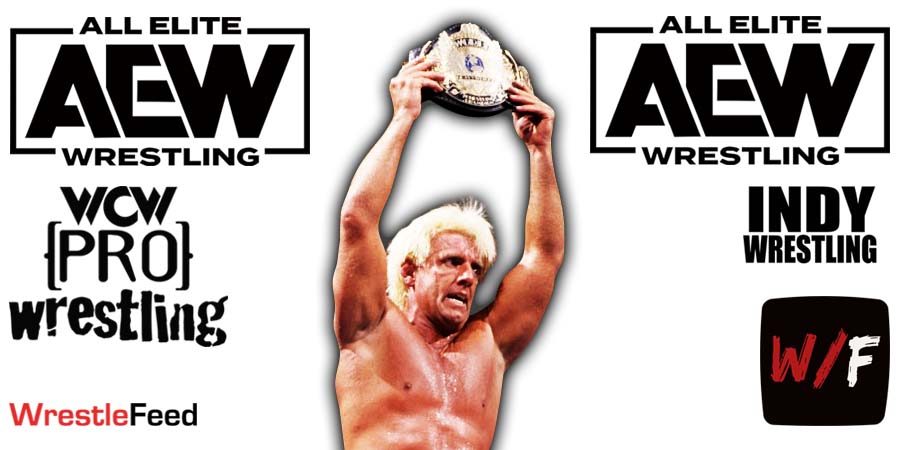 But who is All Elite Wrestling’s biggest star?

Here’s what The Nature Boy said on his podcast:

“I’d have to say he is (AEW’s biggest star). He’s a workhorse. Just from knowing a little bit about him personally, he went through a lot when he was laid off.

When you embrace this business the way he apparently does, much like I do or other people, when he sustained that injury, it really affected him not being able to work in the ring.”

The rematch between Bryan and Adam will now take place on the 1st episode of AEW Dynamite of 2022, which will be their debut episode on TBS.

This episode was broadcasted from Camp Victory in Baghdad, Iraq and featured matches, interviews & storyline segments on the road to the ‘WWE Royal Rumble 2008’ PPV.