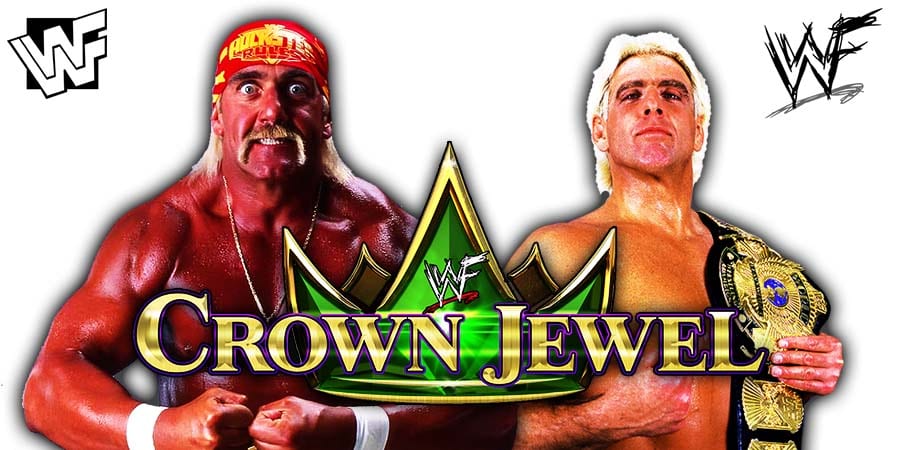 • Ric Flair Threatens To Beat Up Hulk Hogan At Crown Jewel 2019, Says He Has Been Cleared By Doctors

Two time WWE Hall of Famer “The Nature Boy” Ric Flair appeared on WWE’s “After The Bell” podcast and revealed that he has been cleared by the doctors to take bumps.

“I’ve been cleared, by the way Corey. That’s a secret, I’ve been cleared. I’ve got a medical release. So, never, ever forget who the dirtiest player in the game is, man. I’ll be equipped and ready, in the words of Pedro Morales, for any kind of action!”

After this, Flair had a heated exchange with Hulk Hogan after the Crown Jewel Media Event and threatened to beat the Hulkster tomorrow at Crown Jewel 2019 PPV.