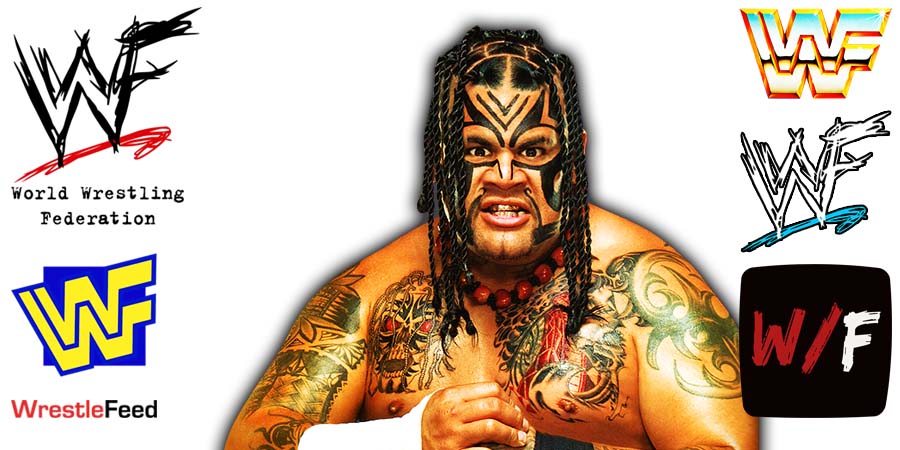 Old School WWF Legend Rikishi (fka Headshrinker Fatu) took to Twitter and pulled for his real-life brother Umaga (fka Jamal from 3-Minute Warning) to be inducted into the WWE Hall of Fame next year.

“I feel it’s long overdue #UmagaHOF class of 2022. What you say @WWEUniverse should my brother go in this year?? #UmagaClassOf2022”

What you say @WWEUniverse should my brother go in this year ?? #UmagaClassOf2022 pic.twitter.com/ajl4TnXiFc

Umaga was a 2-time WWE Intercontinental Champion and his biggest moment was representing Vince McMahon in the Battle of the Billionaires at WrestleMania 23.

During an interview with Inked Magazine, WWE Universal Champion Roman Reigns talked about his tattoos and gave credit to Umaga.

Below is what Reigns said:

“It all revolves around our cousin Eki – Umaga. At the time, he was a big WWE Superstar and he passed away way too early, but he was the one that was the fuel behind us getting tatted up.

He had this lady back in Pensacola that was kind of hooking him up, giving him a little bit of a discount here and there, and he was getting a lot of work done at the time.

He was just showing her different prints and trying to give her the heads-up of our culture, and the customs, and the patterns, and the sequences that kind of fit and how they mold together.”

It was broadcasted from the TWA Dome in St. Louis, Missouri and featured matches, interviews & storyline segments on the road to the ‘WCW Starrcade 1998’ PPV.

10. The Giant vs. Disco Inferno