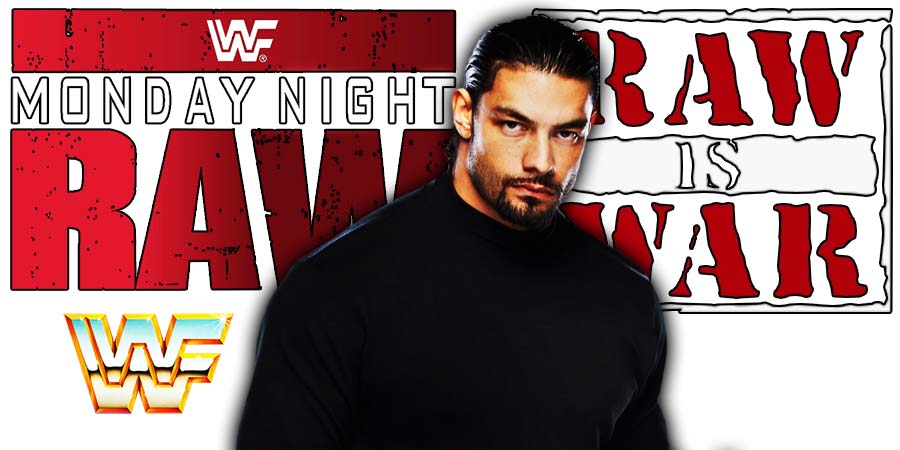 • Roman Reigns Challenged To A Title Match On Tonight’s RAW

The Miz & Maryse held a Premiere Party for the new season of Miz & Mrs. on tonight’s RAW.

Riddle interrupted and said he wants to tell Randy Orton to get well and come back soon.

Miz said that Randy’s career is over and he’s never coming back after The Bloodline’s attack on him.

Riddle told Miz to shut up and challenged Roman Reigns for the Undisputed WWE Universal Championship.

Riddle challenged The Miz to a match right now, but Miz denied the challenge as he’s in a Tuxedo. Ciampa attacked Riddle from behind. Miz said he’s ready for a match now.

Riddle went on to defeat The Miz. Riddle tore Miz’s pants during the match and the crowd chanted ‘tiny balls’.