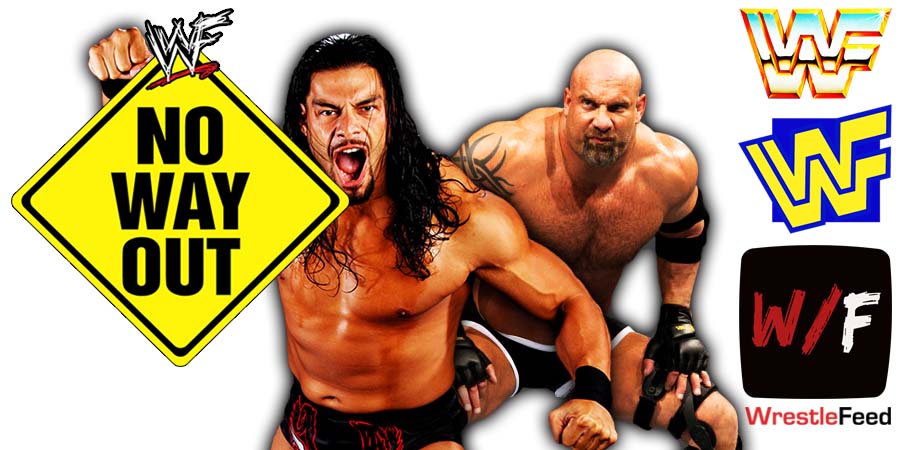 Goldberg passed out to Reigns’ Guillotine submission hold to lose the match.

The WCW Legend delivered two Spears to Reigns. He went for the Jackhammer twice, but Reigns first countered it with a Urinage / Rock Bottom and the second time he locked in the Guillotine.

After the match, The Head Of The Table said the following in a backstage interview:

“I try to teach my sons about humility every day. I like to think I’m a humble Tribal Chief. But even I surprise my own self with my greatness.

I’m a man of my word and I Goldberg’d Goldberg.

As far as Brock Lesnar, win, lose, or draw, he’s locked in for WrestleMania, and he will acknowledge me.”

Lesnar won the WWE Championship in the main event and now the main event of Night 2 of WrestleMania 38 will have both the WWE Title and the Universal Title on the line.

During his last 2 years in the WWF (1984 & 1985), he was mainly used as a “Jobber To The Stars” to put over big names like Don Muraco, Bob Orton Jr., Randy Savage, Adrian Adonis, King Kong Bundy, Bret Hart and Jesse Ventura, but also gained a few wins in between over wrestlers like Steve Lombardi, Charlie Fulton and Rene Goulet.