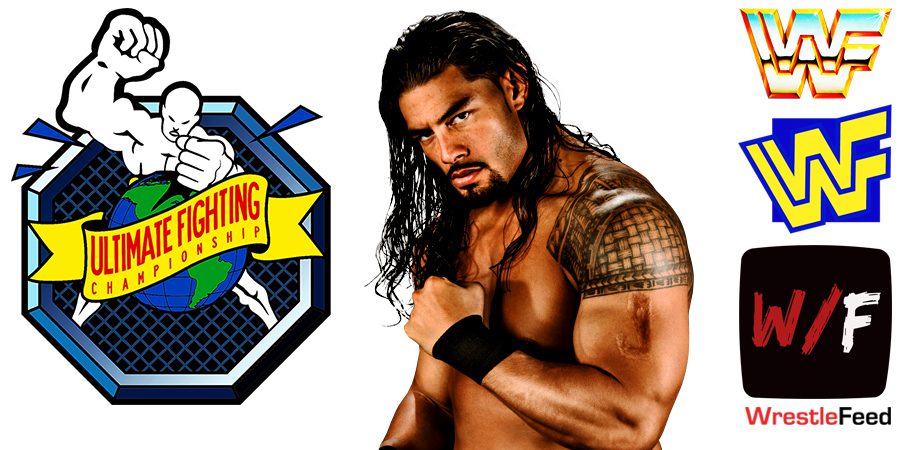 Paul Heyman is the ultimate hype man and he’s putting over the Head Of The Table to the fullest degree.

During an interview with The Philadelphia Inquirer, Heyman said Reigns has what it takes to become the UFC Heavyweight Champion (a title that is currently held by Francis Ngannou):

“He has the agility and aptitude of a Division I athlete, and don’t ever lose sight that Roman Reigns could be the UFC Heavyweight Champion in a heartbeat.

The aura of him being presented as The Tribal Chief at times betrays what an extremely — all pun intended — tough man and athlete who stands before you as your Tribal Chief.”

This Friday on SmackDown, Reigns will face another former UFC Fighter, Riddle, in a match for the Undisputed Championship.

Here’s what Roman tweeted about this upcoming match:

“Now I have to leave the private island 🏝

…jump on the private yacht🛥

This episode was broadcasted from the Broome County Arena in Binghamton, New York and featured matches, interviews & storyline segments on the road to the ‘WWE Vengeance 2005’ PPV.