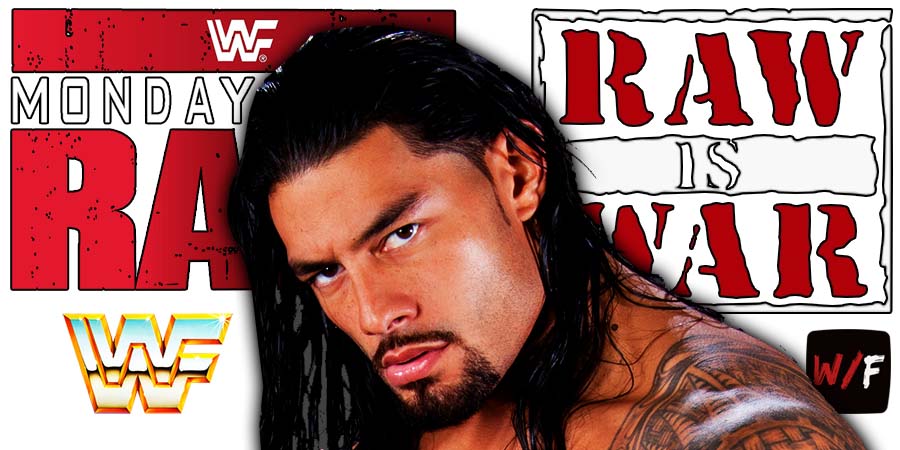 After failing to get a match against those megastars, Riddle shifted his attention towards Universal Champion Roman Reigns.

Here’s what the current RAW Tag Team Champion said about “The Tribal Chief” during an interview with Bleacher Report:

Roman Reigns has been the #1 merch seller in WWE for years now, and his merch numbers shot up even more after his heel turn, and his numbers are on the level of John Cena now. Roman recently set the record for most merch sold by a heel wrestler in WWE history.

During a recent appearance on the Cheap Heat podcast, Riddle revealed that Roman didn’t like his comments.

“I’m trying not to talk too much trash anymore. I don’t want to upset the higher ups. I’m not going to mention exact names, but he’s a chief of tribes. I said something about him recently. I’m not saying specific names. It could be anybody.

He wasn’t happy. I talked some trash about me moving the needle and selling merch. He didn’t like what I said. I thought it was hilarious, but not everybody thinks like me.

I ruffled his feathers a little bit and he’s a peacock, he doesn’t like his feathers ruffled. I’ll try that at a later date.”

Riddle noted that he rubbed Goldberg the wrong way a few years ago too, but they are friends now:

“Kind of like I rubbed Bill (Goldberg) the wrong way. I don’t think Bill was ready for a relationship with me, and over time and the years, things have simmered down.”