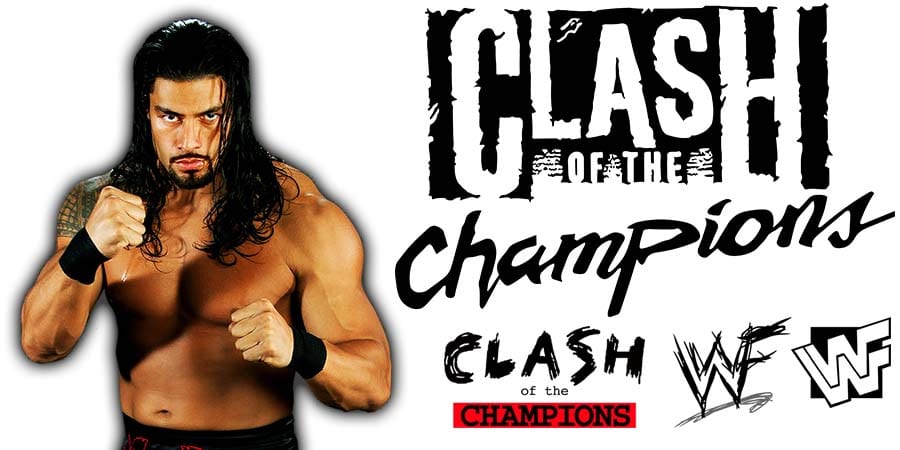 It was broadcasted from the America West Arena in Phoenix, Arizona and featured pre-taped matches, interviews & storyline segments on the road to the ‘WWE No Mercy 2004’ PPV.

– The Undertaker vs. Gangrel & Viscera

While speaking on a Zoom call with Mania Club, Universal Champion Roman Reigns discussed forming a stable with all Samoan wrestlers in WWE.

“I think we’ve all had those thoughts and it makes so much sense. But I think Samoa Joe was the one who said it, especially where we are with as far as the climate, with everything going on socially and equality I don’t think we want to do it just based on the fact that we are all Samoan…Being able to translate that properly to where it’s not offensive to ourselves or our audience.

It’s hard because we would be so dominant, you know what I mean. We would dominate for how long a full year and I think you have to do that. That’s kinda where I am right now within my whole character, you have to be able to display that dominance to create that moment to where it’s like enough is enough who is going to be the guy to knock these powerful group or person off that pedestal? Knocks us off that mountain.”

He also hyped up his upcoming match with Jey Uso at Clash Of Champions this Sunday.

“I can tell you that me and my cousin have great chemistry, we’ve been doing this since we were little boys, before we knew we even wanted to wrestle, we were wrestling in the pool all day long.

You’re going to see a level of intensity, a championship level of intensity, but I want there to be really good storytelling within those same types of details as that look and being able to tell that story of emotion of what I’m going through and what I’m willing to do to stay on top.”

Also Read: Roman Reigns Comments On The Future Of The Shield