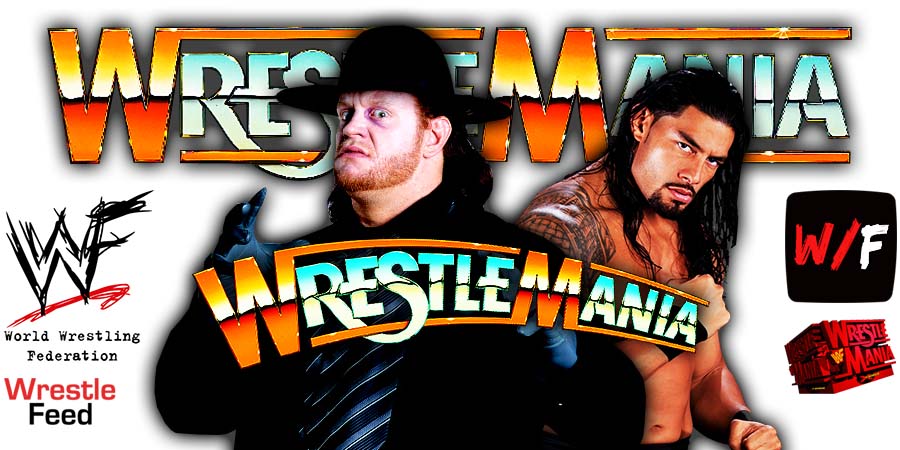 During an interview with Complex, Undisputed WWE Universal Champion “The Tribal Chief” Roman Reigns was asked to give his picks for the Mount Rushmore Of Wrestling.

Below is what the longest World Champion of the last 35 years said:

“I guess I’m just gonna start with Undertaker, that’s like the easy one in my mind especially when it comes to overall.

I think especially due to what his, you know, the way he’s just continued to do it – Dwayne [Johnson]- The Rock.

And now we’re getting into a really tough zone because like you gotta do Steve I think.

‘Stone Cold’ Steve Austin because of what he stood for, transitioning the whole game and especially when it was nose-diving.

He was, like for a couple of years all the marbles were on him. And then you know like, the environment of the audience was changing as well.

The whole dynamic – the internet was still the old internet but people were being able to talk as far as being hardcore fans and stuff like that.

[Hulk Hogan & John Cena] were very similar with the kind of characters they were and the audience they drew.

I’m gonna go with Hogan then. John… I mean, it’s tough. I don’t think anyone ever as a whole career has sold more merchandise than John Cena.

But that’s just a true testament to Hulk Hogan.”

Reigns also mentioned that Ric Flair and Shawn Michaels were two of his favorites back in the day, but he decided not to choose them.