During a recent appearance on Talk Is Jericho podcast, Chris Jericho and “The Guy” Roman Reigns discussed the early days of The Shield and why he stopped making his entrance through the crowd.

Reigns noted that his entrance through the crowd was cancelled due to security concerns and below is what he said:

“Oh, they’ll grab you now. I’ve had my d*ck grabbed. Yeah, like, in Europe. A few other places, my butt. Somebody got up in there once and it made me jump. Do you know what I mean? And I’m on steps, so what if I fall, lady? And it was cool, but sometimes it gets scary because some places. 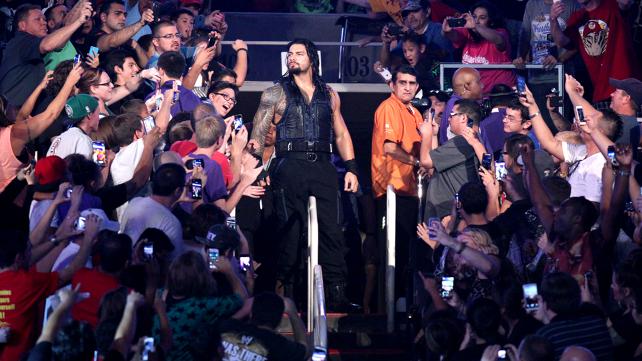 You’ll be in some countries and the culture is different, they’re very touchy and they’ll grab you and they go crazy. And we’ve had that before and there’s only so much security. And it gets to a point and that’s why we had to kind of ixnay on it for me.”