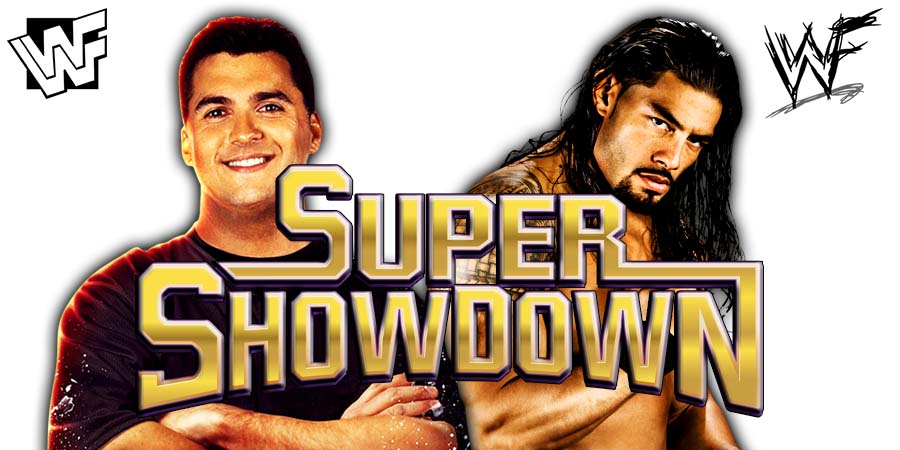 Last year, Fightful reported that “The Big Dog” Roman Reigns refused to go to Saudi Arabia to work WWE Crown Jewel PPV (despite being advertised to defend the Universal Title in a Triple Threat match against Brock Lesnar & Braun Strowman).

However, he’ll be going to Saudi Arabia next week to wrestle Shane McMahon at WWE Super ShowDown 2019 PPV.

During a recent interview with Newsweek, Reigns revealed why he’s going to Saudi Arabia next week for the PPV:

I look at it as being a part of the solution while still respecting cultures, but it’s a big world and I want to experience all of it. So if we can help make a positive impact that’s what we’re here to do. We’re here to put smiles on everyone’s faces. We don’t discriminate, that’s our goal to help and promote positivity and take that to every inch of the world.”