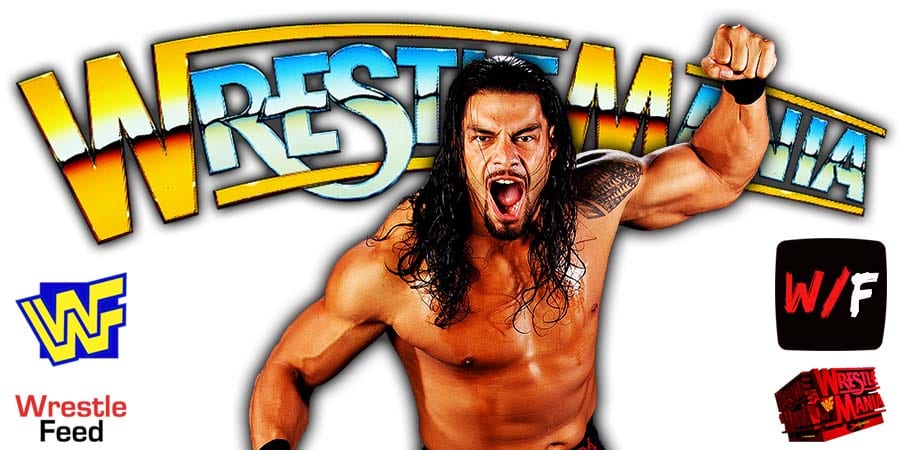 On an episode of Young Rock in April 2022, a scene from 1996 was shown, where The Rock and his family were watching the Royal Rumble and that’s when a young Roman tried to put Rock in a headlock and wanted to wrestle him.

During an interview on the Sports Illustrated Media podcast, The Tribal Chief said the possibility of a WrestleMania Dream Match with The Great One is looking better than ever:

It’s something that he definitely played into within ‘Young Rock,’ which as you know with him, everything is highly strategic.

A lot of synergy with everything that he does, with the projects he’s guiding and has in mind.

So yeah, I would say just based on that alone, it looks even better than it did the last time we spoke.”

Speaking of Reigns, he has completed 2 years as champion now. He will have his 2-year title reign celebration on this week’s SmackDown.

On Saturday night, he will defend the Undisputed WWE Universal Championship against Drew McIntyre in the main event of Clash At The Castle in the UK.