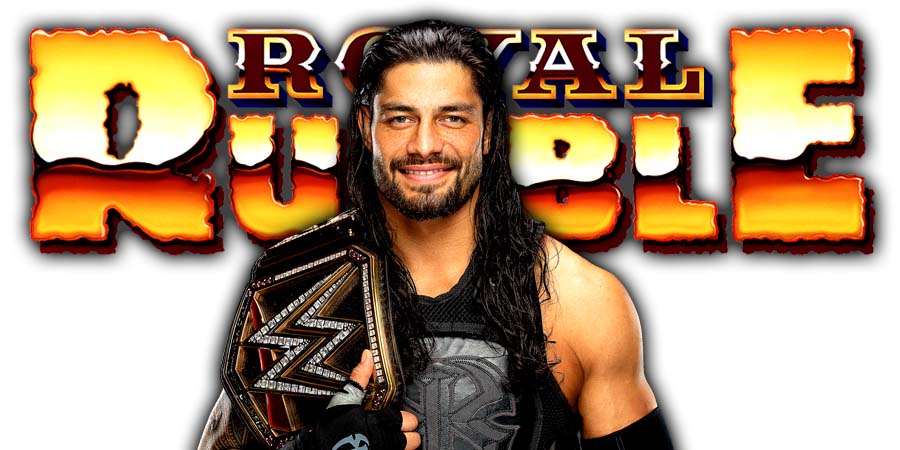 WWE added more matches to next month’s Backlash 2018 PPV (which will be a dual branded PPV). Below is the updated match-card:

• Promo For Daniel Bryan vs. The Miz Released

Below is a promo for upcoming WWE Live Event matches between Daniel Bryan & The Miz:

During the Universal Title Steel Cage match at today’s Greatest Royal Rumble event, Roman Reigns speared Brock Lesnar through the Steel Cage as the wall of the cage broke and both men landed on the floor.

Lesnar was then declared the winner of the match and he retained his Universal Title.

However, Lesnar’s body touched the floor first, not the feet. Roman Reigns is the one who’s feet hit the floor first (which is the rule), so technically Reigns should’ve won that match.

Below is the footage of that Spear and landing:

As clearly seen above, Reigns’ feet touched the floor first, while Lesnar’s feet were still up on the cage wall.

Reigns took a nasty landing during that spot as he landed straight on his head. No update on Reigns’ status at the moment.