Corbin is a big fan of cycling, and he shared a story about one of his many rides on a bicycle on Instagram on Wednesday.

He shared a picture of himself lying down in the bushes, and captioned it:

“Would you believe me if I told you I landed in the bushes on purpose?
#mtb #santacruzbikes #alafiariverstatepark #wwe”

Reigns commented the following on his photo:

This was possibly a dig at Corbin getting pinned most of the times in his matches in WWE. 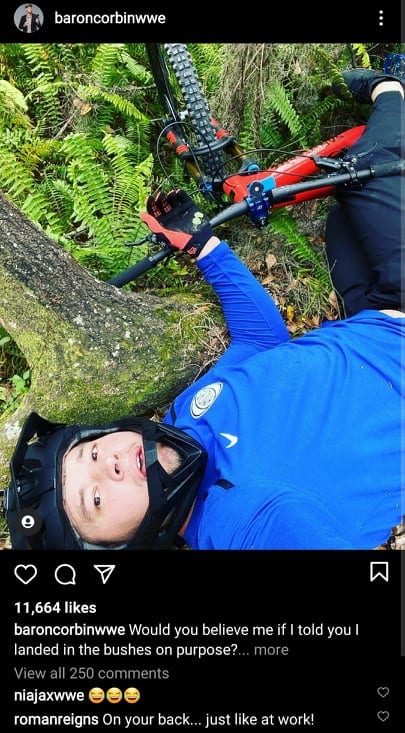 Prior to this, Reigns trolled Corbin once again when Corbin commented on one of Reigns’ workout videos.

You can watch Reigns’ workout video below:

A post shared by Joe Anoai aka “Roman Reigns” (@romanreigns)

Corbin commented the following on it: 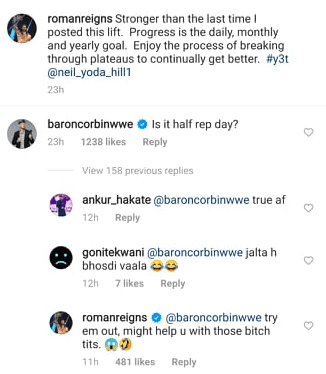