This was the 17th annual Starrcade event out of 18 that aired between 1983 and 2000 with the first 5 being promoted by Jim Crockett Promotions, before Turner bought the company.

• Ronda Rousey Called “The Fattest Woman On The Planet” On Hulu

There was a mistake made in the closed captioning of this week’s RAW on Hulu and it read that Ronda Rousey is “The Fattest Woman On The Planet” instead of “The Baddest Woman Of The Planet”. 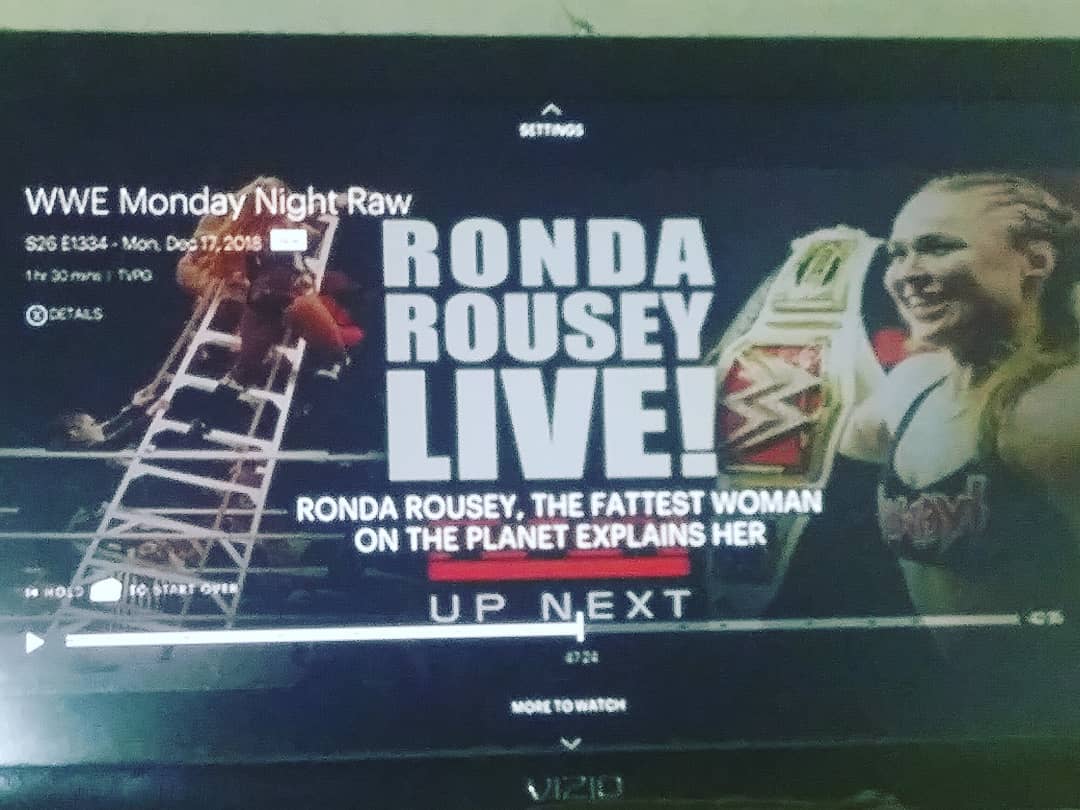 Below is what WWE announcer Corey Graves posted about this on Instagram (as this was his dialogue):

“DEFINITELY NOT what I said, but I’m laughing too hard not to share this!